With A Collector’s Edition and Everything

Fans of Ys games have enjoyed a slow, steady stream of releases and re-releases over the last few years. Even Ys Origin, once a PC exclusive in Japan, is making the console rounds. Now, the expanded story of Ys and it’s first years is coming to the Nintendo Switch. If you’re so inclined, you can even pre-order a collector’s edition! 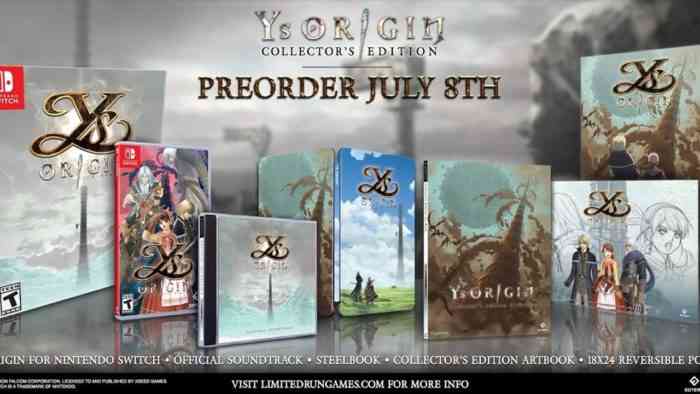 There’s a very short teaser trailer embedded below, if you want this same information in a more stylish manner. Pre-orders will be open starting July 8th, though we’ve yet to receive a concrete release date for the Switch version of the game. It’s definitely coming in 2020, but that’s all we know.

Limited Run Games is producing the collector’s edition. Said physical version comes with the soundtrack, the steelbook, an art book, and a poster. The pre-order site isn’t live just yet, but look for it at Limited Run Games real soon. Soon, you too will be able to take the start of the story of Ys with you wherever you go. If you’re unfamiliar with the franchise and its many entries, perhaps this upcoming release will be a good jumping off point? We’ve got reviews for other games in the Ys series here and here.