Modders are a Friend of Humanity

As if The Witcher was not already a popular series, the games got a big resurgence in sales due to the success of the Netflix series. The performances are wonderful, the writing is pretty great, and the casting was spot on. After seeing Henry Cavill as Geralt or Anya Charlota as Yennefer in the show, it might be hard or jarring to go back to the game and not see them. However, through the power of modding, we can have them in our games. 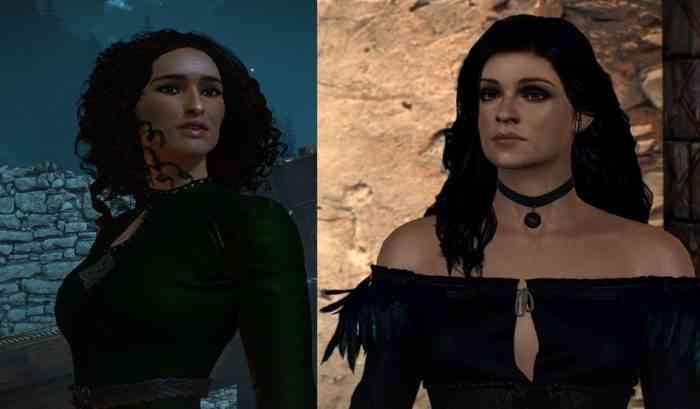 We have seen Henry Cavill mods to retexture Geralt, but now we can add Anya Charlota and Anna Shaffer as Yennefer of Vengerburg and Triss Merigold, respectively. Made by WitcherSeb, the Anya Charlota mod gives Yennefer a softer brow in comparison to the default model. There is also an option to give her those distinct purple eyes that we see in the show. Since Anya Charlota already looks a lot like her in-game counterpart, other aspects like her hair remain unchanged. The mod by Bububull for retexturing Triss Merigold to look more like Anna Shaffer is a little more in-depth. Her red hair is replaced with Anna Shaffer’s signature curly locks and her skin is more tan like Shaffer. This mod also adds a couple of clothing items from the show including a casual gown and a masquerade gown, both green. Her curly hair is also compatible with the hoods of her various outfits.

Both of these, and many other mods, can be found on Nexus Mods. The second season of The Witcher has resumed filming, which was halted due to the coronavirus pandemic. The Witcher 3 is out on PC, PS4, Xbox One, and Nintendo Switch.

Which version of the characters do you prefer? Let us know in the comments below.

What Kind of Skins Will We See in Gotham Knights?
Next
Far Cry 6 Trailer Officially Released During Ubisoft Forward
Previous
Fall Guys: Ultimate Knockout Is Coming to PS4 and Steam Next Month