You Can Fit the Whole World on Those Discs

Though hardcore simulators are pretty niche games, they certainly have enough of an audience to keep making them. The flagship quality of these simulators is their realism; the closer it is to the real thing, the better it is. Microsoft Flight Simulator is shaping up to be a giant project, considering you will be able to fly around the world. It is already established that the download size of the game is about 150 GB, but the physical edition is just as bulky. 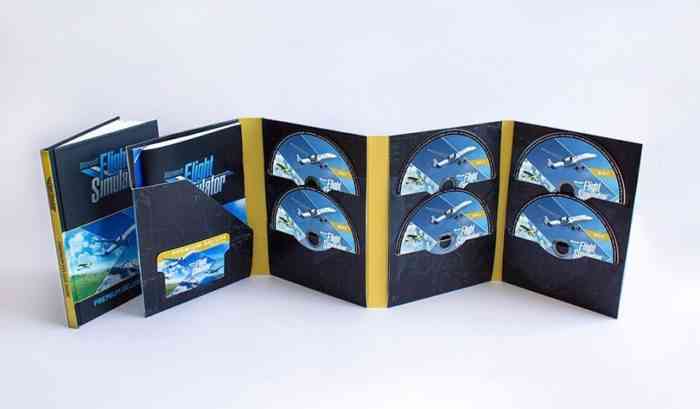 People have their preferences between physical and digital editions of their games. It usually comes down to convenience or novelty. The question for those planning on getting Microsoft Flight Simulator is: Is it more convenient to download 150 GB or to install from 10 discs? Yup, the game comes on 10 discs. There is a pretty good reason for it though, apart from just having the option. 150 GB is a lot to download, especially for those who have subpar internet speeds. Installing from a disc or 8 will save players some time. According to an Aerosoft retailer executive, the physical edition will save players about 90 GB of downloading.

Mathijs Kok says that there are four major components to the game:

Basically, all the big stuff is on the disc and all the most recent code is downloaded from the cloud. The PC version of Microsoft Flight Simulator’s pre-order just went live earlier this week and it will be coming out on August 18th. The Xbox One version will be coming out at a later date.

Would you rather just download this game or get it on disc? Let us know in the comments below.