One of the biggest gaming tragedies was the cancellation of Silent Hills.

We all remember that, right? The game was first announced after completion of P.T. (Playable Teaser), a notoriously creepy demo where you walked through the same hallway over and over again, solving puzzles as the setting gradually changed around you.

It had it all: Guillermo Del Toro and Hideo Kojima taking over directing duties, motion capture by Norman Reedus, and the involvement of legendary horror mangaka, Junji Ito. 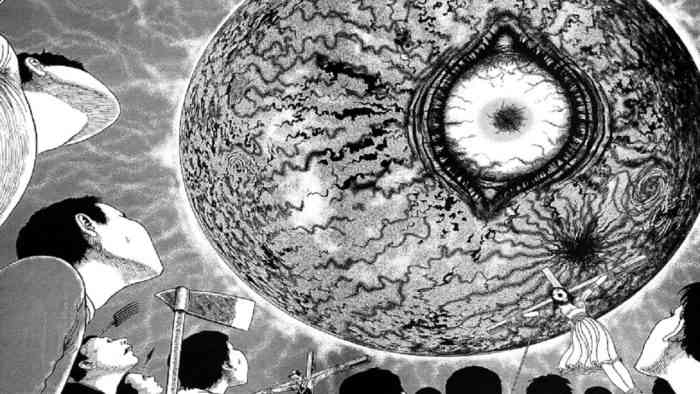 Needless to say, all four stayed in touch; they all had a part to play in last year’s Death Stranding, with Ito having a small cameo as the engineer, but it still stands out as one of the greatest “What Could Have Been” moments in gaming history. From Uzumaki to Hellstar Remina to The Enigma of the Amigara Fault, Junji Ito stands out as one of, if not the most talented horror mangaka working today, if not of all time.

During July’s Comic-Con@Home, Viz Media presented a conversation with Ito, where he quickly set the internet abuzz by revealing that, while he wasn’t actively working on a video game, he had been in talks with Kojima about working together.

“However, I do know director Kojima and we have been in conversation that he might have a horror-based game that he may be doing, and so he has invited me to work on that, but there are no details on it yet.”

The bad news for all Ito fans is that he recently took to Twitter to clarify his earlier statement. As translated by twitter user @eigogamejikkyo, the tweet reads:

“In a past interview, I said casually that I received an offer from Mr. Kojima, but in reality, it was a remark made at a party where he said, “If there is an opportunity, I may ask for your help”. I apologize to Mr. Kojima and all of the fans to whom I may have given false hope.”

So there we have it. While there’s still hope that these two juggernauts of their respective industries may work together in the future, there’s nothing as immediate as the panel might have suggested.

The good news for Ito fans is that his acclaimed (And, in my opinion, scariest) work, Uzumaki, is getting an anime adaptation in 2021, and if it’s anything like the manga is likely to introduce the abnormal fear of spirals which I struggle with every day to a whole new legion of fans.

What do you think of the news? Let us know on Facebook, Twitter, or down in the comments section.