Race Toy Cars On The Switch This Week

All good things come to those who wait… to play them on the Nintendo Switch. Super Toy Cars 2 is hitting Nintendo’s hybrid console on June 12th, giving even more players the chance to rip around on improvised tracks with bite-sized cars. And also slightly destroy them, if that’s what you’re into. 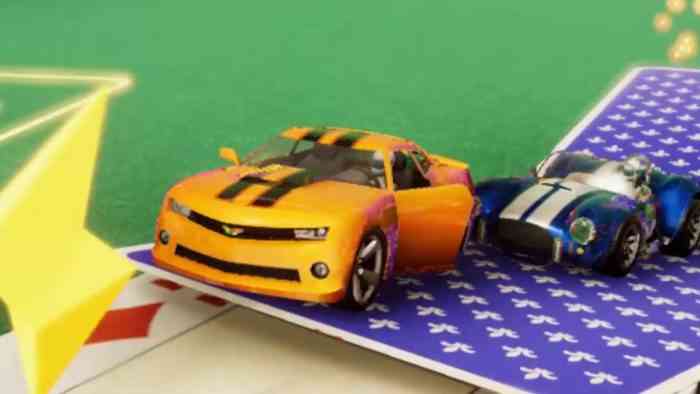 If you’ve heard of this magical series, it’s exactly what it says on the tin. You race sweet toy cars around a variety of courses. Bedrooms, casinos, toy stores, and wherever else you’ve ever dreamed of busting out a set of itty-bitty vehicles. Never mind the discouraging looks from parents and proprietors. Plus, you can destroy the other racers here without actually ruining 80% of your toys like, forever. It’s a win-win scenario! Features include:

Presently, the only thing missing from the Switch version is that online multiplayer. On the other hand, you can’t go wrong with that portable play power the tiny system is famous for. Super Toy Cars 2 is out on PC and Xbox One, with the Nintendo Switch version being released on June 12th. Check out the original announcement trailer below!

Pokemon Scarlet and Violet have Terrifyingly Huge Sales Figures
Next
A Collision of Genres: That Tiny Spaceship has a Demo Coming-Out This Summer
Previous
EA Sports Takes Tough Stance On Racist Usernames