The Lego video games have a nearly limitless library of material to pull from. Just with the Star Wars license alone they have three different trilogies to work with. Now that the Skywalker Saga has come to a close, why not just re-release all their Lego Star Wars games in a bundle, right? Wrong. They are making a whole new game with all nine films connected by one central hub world. The only films not being included are the Star Wars stories Solo, Rogue One, and The Clone Wars, which an entire Lego game was based off. If you are a Lego/Star Wars fan, you’ll want to pre-order Lego Star Wars: The Skywalker Saga. 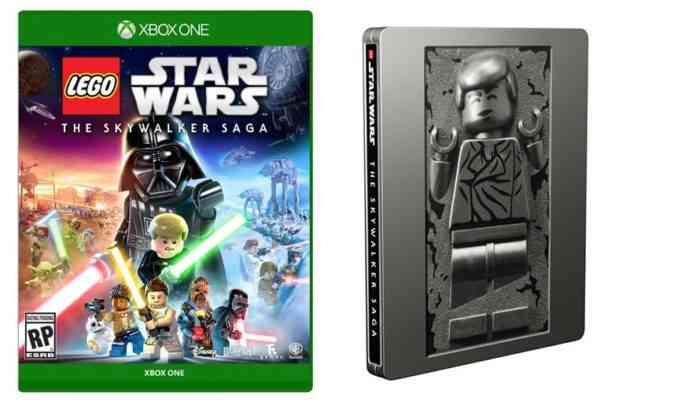 In hindsight, the third game Lego Star Wars: The Complete Saga was unfortunately named. However, The Skywalker Saga will be the complete, complete game. There is no universal pre-order bonus across the board for this game, but Best Buy has a pretty cool one. Just by pre-ordering the base game, fans can get a steelbook for the game depicting Han Solo encased in carbonite, well his Lego counterpart at least. This is obviously a version of the iconic imagery from Empire Strikes Back and Return of the Jedi.

Again, right now this pre-order bonus only applies to purchases through Best Buy for Nintendo Switch, PS4, and Xbox One. Pre-orders on Steam will not include the steelbook. Right now, there is no specified release date for Lego Star Wars: The Skywalker Saga, but it is expected to come out in 2020 for PC, Xbox One, PS4, and Nintendo Switch.

Which of the Star Wars movies is your favourite? Let us know in the comments below.