My game is here. Final Fantasy + Disney + Rock Band? Sign me up and inject me. Last week, Melody of Memory was officially announced with a Japanese trailer. Since then, an English trailer has been released. If the visuals did not give it away, Kingdom Hearts: Melody of Memory is a rhythm game. Sora, Donald, Goofy, Riku, and other characters will be running down a set of tracks wiping out Heartless to the beat of your favourite Disney and Final Fantasy songs. However, it is not just a Kingdom Hearts rhythm game. With Kingdom Hearts it is never simple and clean. 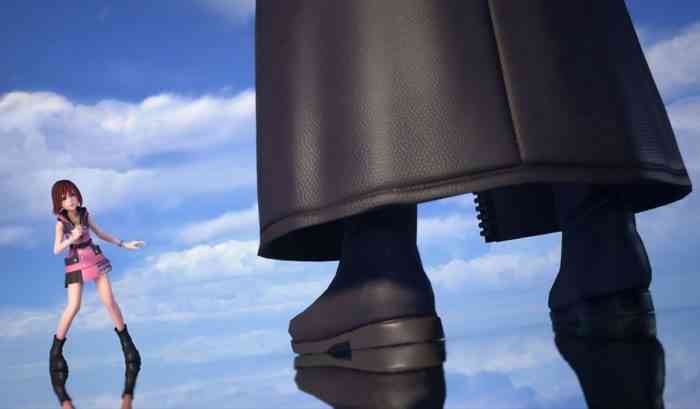 The first half of the trailer explains the gameplay and what the action is all about. Over 140 songs will be playable, which is more than any Rock Band or Guitar Hero game without DLC. Halfway through the trailer, we snap back to Japan. Kairi is facing off against a hooded foe in The Final World. This suggests that the game takes place toward the end of Kingdom Hearts 3. The revisiting of previous worlds in the Kingdom Hearts games and the “Memory” in the title likely means that these worlds will be constructs of either Kairi and/or Sora’s memories, just like in Chain of Memories.

There is not much information about the game beyond the trailer, but we do know that there will be competitive modes in addition to the single-player game. Kingdom Hearts: Melody of Memory will be coming to Xbox One, PS4, and Nintendo Switch in 2020.

Are you going to be getting Melody of Memory? Let us know in the comments below.