The hardcore Medieval sim Kingdom Come: Deliverance is now on sale on Steam. Not only is the base game being sold at a ludicrously low price but so is all of its DLC’s and add-on. If you have ever been curious about what it would be like to be a sword-wielding peasant in the 14th century, now it the time to see for yourself. 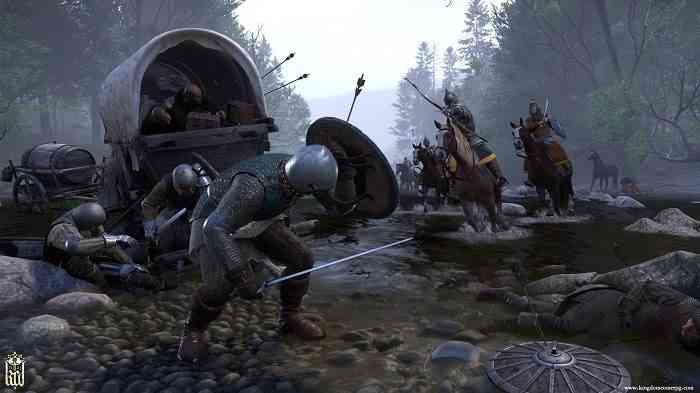 Kingdom Come was originally released two years ago and has seen a reasonable amount of success since. The option to download community mods has been added to the game via the Steam Workshop. This has added a ton of flavor to a game that was perceived by some as somewhat bland or unremarkable. This game is certainly not for everyone as it is certainly not intended for a casual audience. The combat system is hard to get ahold of let alone master. Chances are that you will be struggling to kill even the most inexperienced enemies when you first start out. However, once you get the hang of how to swing a sword it will undoubtedly pay off. It is hard to describe the level of satisfaction you will feel when you finally win a duel.

The attention to detail and level of historical accuracy that is present in Kingdom Come: Deliverance is hard to match. If there was a game that was made for hardcore history nerds, this is it. Your character will brush shoulders with almost everyone who was of importance in 14th century Bohemia (which is roughly the Czech Republic in modern times).

Kingdom Come: Deliverance is truly a one of kind experience that you will probably not find anywhere else. Why not give it a go for $15?

Gwent: Rogue Mage Will Be Out Tomorrow
Next
English Trailer for Kingdom Hearts: Melody of Memory Released
Previous
Celebrate Father’s Day With 12 Awesome Games at Even Better Prices