Chivalry 2 Will Have Crossplay Between Current and Next Generation Consoles

Prepare to Defend Yourself, You Filthy Peasant

Chivalry 2 the sequel to the cult classic Medieval combat sim is going will have crossplay available to those who are on both the current and next generation of consoles. This means that Xbox Series X players will be able to duke it out against PlayStation 5 users as well as those on PC. This is a huge step for the series as the original Chivalry was a bit of an underground game. Hopefully, the addition of crossplay will give it the attention that it deserves. 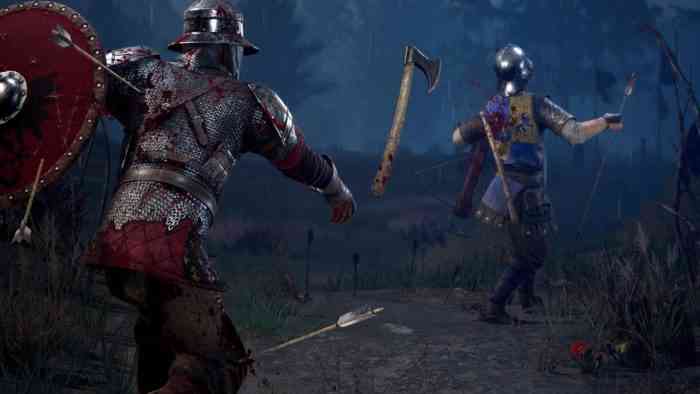 There is no clear launch date for Chivalry 2. The developers have stated that it will be released this year, but there have been no specifics yet. Since it will be playable on the Xbox Series X and PS5, it would not be unreasonable to assume that fans will see the long-awaited sequel closer to the end of 2020.

The first Chivalry offered a great and immersive combat system that was heavily skill-based. While it was very hard to get ahold of (especially when fighting more experienced players) it was one of the most satisfying things to get the hang of once you pushed through the learning curve. Many of the more hardcore members of the fanbase are concerned that the niche gameplay mechanics are going to be watered down or downright removed in order to appease a more casual audience. Something that is not necessarily unfounded.

Chivalry 2 is going to have to pull out all the stops if it wants to regain its relevance once more. Since Chivalry first launched in 2012 another game, Mordhau has taken its place as the undisputed king of the genre. Both titles are very similar to one another so it will be a tough decision for fans to choose between either when the time comes.

What would you like to see added to Chivraly 2?

Warzone Season 5 Details Confirmed By Activision
Next
Kingdom Hearts May Be Coming to Disney Plus
Previous
Bloodstained: Ritual of the Night Passes the 1 Million Sales Mark