Rock the World, Save the World

No Straight Roads looks like a breath of fresh air. It follows the story of the two members of the band Bunkbed Junction, who are taking on NSR, an evil empire of EDM. You play as either Mayday or Zuke and battle against a series of bosses, who represent different genres of pop music. The EDM empire is portrayed as the bad guys in this game, but honestly, all the music in the trailer is pretty damn good. No Straight Roads comes out next month. 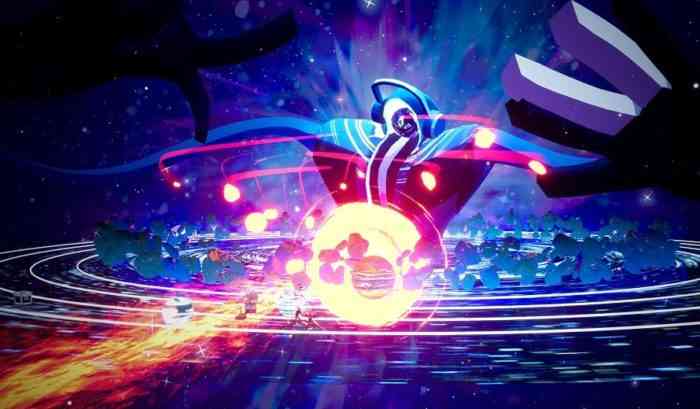 Playing as Mayday or Zuke, bandmates of Bunkbed Junction, you will encounter many different genres of music. The trailer shows that the gameplay of No Straight Roads is as diverse as the musical characters. At its core, it appears to be a third person beat ’em up, but when fighting against the different bosses, we see elements of 2D side scrolling, rhythm games, and a little bit of platforming. The trailer shows off different bosses like a DJ, K-Pop idol, boy band, auto-tune singer, and a few others.

The trailer ends with a look at the Collector’s Edition, which comes with the base game, a double-sided 12″ LP of Bunkbed Junction’s music, a set of drumsticks, and an artbook, all packaged in a collector’s box. No Straight Roads is developed by Metronomik and published by Sold Out Games. It will be available on June 30th for PC (on the Epic Games Store), Xbox One, PS4, and Nintendo Switch, and can be pre-ordered now.

Will you be picking up No Straight Roads? Let us know in the comments below.