For All Your Sci-Fi Adventure Needs

No Man’s Sky has had a long, tumultuous journey. From troubled beginnings on the PS4 to new life on the PC and Xbox One, the game is a very different animal than the one that first emerged all those years ago. Now, that weird journey takes another step, with No Man’s Sky coming to Xbox Game Pass next month. 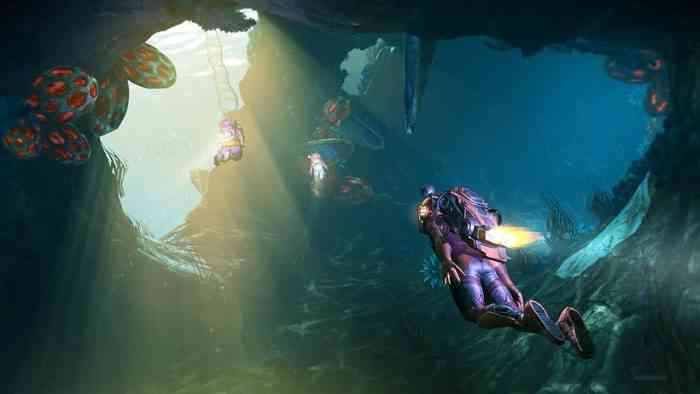 Between this move and the proper multiplayer that was recently introduced, the player base on Xbox One is set to get quite a bit bigger very soon. So what can you do in this game, these days? Tons of things, it turns out. First and foremost (in my mind) is the ability to build elaborate bases on alien worlds. I could sink a distressing amount of hours into that feature alone, really.

Beyond the base business, there’s also trading with aliens to engage in, ships and mechs to customize, and the usual exploration to perform. If you’re looking to start up a career as a galactic explorer, now would be an excellent time to do so. After all, between the continuing boosts in free time and the ridiculous bargain that is Game Pass, what’s to lose? You know, aside from all of your time and energy and maybe your sanity.

No Man’s Sky Flies To Launch On The Nintendo Switch In October
Next
Xbox and Windows NT 3.5 Source Code Leaks
Previous
60 Fps Not Required for Xbox Series X Games