Perfect For Cruising The Badlands

CD Projekt RED revealed a new Mad Max style ride coming to Cyberpunk 2077 this Fall. The souped-up version of the Quadra Type-66 is perfect for cruising through the Badlands, which is apparently something you can actually do in the upcoming game. This is actually something of a big deal, since it means players will be exploring beyond the limits of Night City. 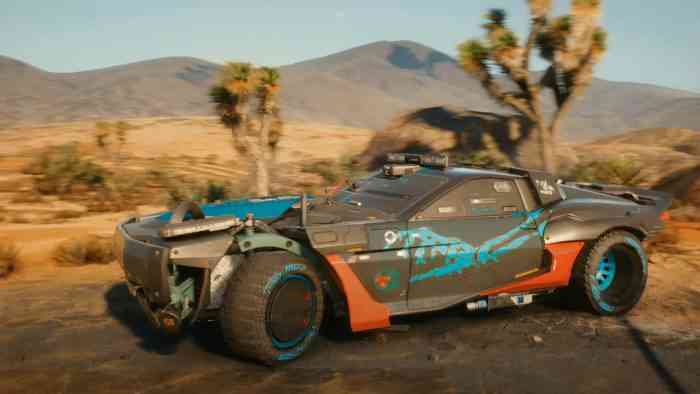 The car, pictured above, is decked out with the sort of extra armor and gear one associates with high-intensity desert drives. Maybe you’re expecting to get attacked several times during this drive, maybe by lunatics with improvised weaponry and explosive rounds. The Type-66 is also tricked out with Wraith Gang logos, as the car belongs to them. Belonged? Not if you have anything to say about it, I’ll bet.

The Tweet which revealed this sweet ride also serves as an anniversary tribute to Mad Max: Fury Road, which recently celebrated its 5th birthday. It’s impossible to say what the two properties have in common just yet, but hopefully some of that insane action has rubbed off on CD Projekt RED’s upcoming release. Cyberpunk 2077 is set for release on PC, PS4, and the Xbox One on September 17th, 2020.