Today we got a short, new look at the upcoming SpongeBob game Battle For Bikini Bottom – Re-hydrated. The remake of the 2003 game has more in store than we originally thought. If you have not been completely caught up with the news, you may be surprised to hear that there will be a multiplayer component to the game. And that is not all. Apparently, THQ Nordic will be adding content that was cut from the original game. This includes different playable characters and additional boss fights. 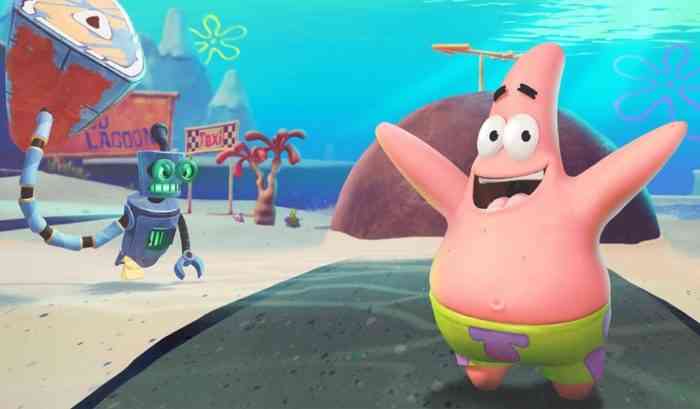 A new trailer released today shows never before seen gameplay of Battle For Bikini Bottom. In addition to SpongeBob, you will be able to play as Patrick Star and Sandy Cheeks. The new boss fights will see giant, mechanized versions of SpongeBob, Sandy, Patrick, and Squidward. The multiplayer aspect appears to be a horde-mode of sorts. Some clips show the UI with enemy counters as well as a “Island X – Wave Y” set up. The game will be priced at $30 USD, which would be an acceptable price for a remaster of an old game, but with the new content, it seems like a steal.

Along with the new trailer, THQ Nordic announced that the game will be coming out on June 23rd and pre-orders are live right now. SpongeBob Square Pants: Battle For Bikini Bottom – Re-hydrated will be coming out for PC, Xbox One, PS4, and Nintendo Switch.

Will you be getting Re-hydrated? Let us know in the comments below.