I’m a Sucker for Green Eyes

It seems that NetherRealm Studios has some time to kill before their big live event on Sunday, so they released a teensy weensy little teaser for the Mortal Kombat 11 Spawn DLC. Though it is pretty redundant if you really think about it. They are teasing a character whose release date will be officially revealed at their event, even though we have known about him for the better part of a year. I feel like a little kid playing Hide and Seek with someone going “I’m gonna get you!” as they inch closer and closer to my hiding spot. Everyone involved can predict what is about to happen. 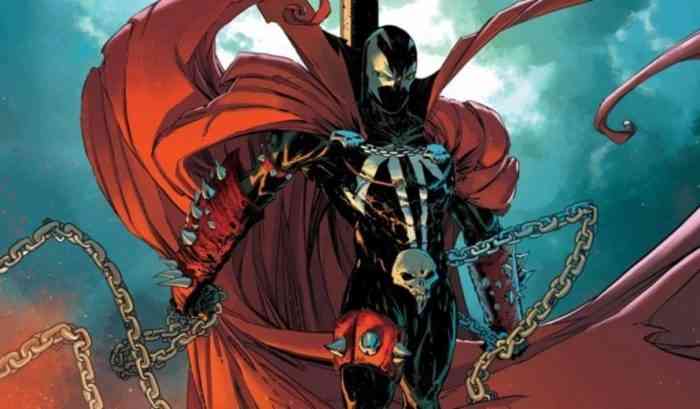 The teaser is incredibly brief. A green spoke begins flowing out of a green eye. Guess who? After a few seconds, red lightning cracks in the background, revealing a familiar silhouette. If that didn’t give it away, the name Spawn, covered in chains, appears. Spawn will be officially revealed on Sunday, March 8th at NetherRealm’s Final Kombat event in Chicago, Illinois. At this event, there will be special guests including Spawn creator Todd McFarlane and Spawn voice actor Keith David.

He’s waiting patiently in the shadows for Sunday. See you then. #MK11 pic.twitter.com/S5OpB1MGvr

The official gameplay trailer for Spawn will be played, as well as the red band trailer for Mortal Kombat: Scorpion’s Revenge. You do not even need to be in attendance to see these treats. The event will be livestreamed on NetherRealm’s Twitch channel. Spawn is the final character to be released as part of the Kombat Pack. Mortal Kombat 11 is available on PC, Nintendo Switch, PS4, Xbox One, and Stadia.

Will you be watching Final Kombat? Let us know in the comments below.