Sonic the Hedgehog celebrated St. Patrick’s Day by announcing a brand new green hedgehog voiced by Jacksepticeye. The character hasn’t been added to a game yet but the design of the character includes a four-leaf clover in his hand and the same pattern is on his chest. In a short video, Jacksepticeye tells Irish’s background to fans of Sonic the Hedgehog in celebration of St. Patrick’s Day. What started as a joke between the content creator and Sonic’s official Twitter account has become reality. Sonic Forces is on PS4, Xbox One, PC and Nintendo Switch now, with a movie based on the series still in some theaters as well. 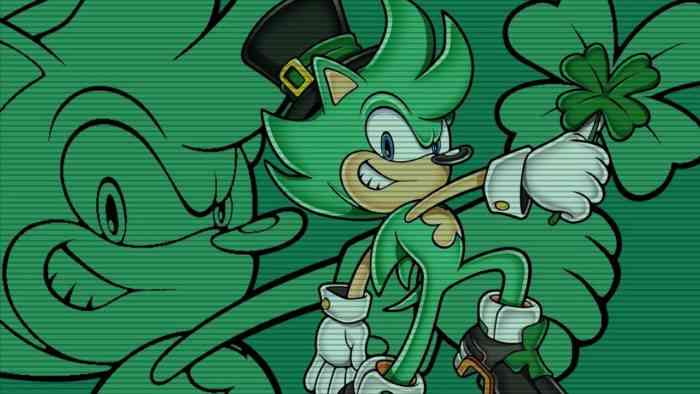 Although the officially announced Irish doesn’t have an in-game model, the art for him looks very similar to other characters in the series. Irish can somewhat be created in the recent Sonic Forces but for the genuine experience, you need Jacksepticeye’s familiar voice. Jack took to Twitter when the character released just in time for St. Patrick’s Day to say, “Thank you SO much to the Sonic team for letting me voice Irish the Hedgehog! They’re so fun to work with and I really appreciate how willing they are to make stuff like this happen. What was a dumb joke a year ago is now a full blown reality! Look at my beautiful boy!!”

While many bars and restaurant were closed for St. Patrick’s Day, the release of Irish the Hedgehog was a nice touch from Jacksepticeye and the Sonic Twitter account. The luck of the Irish can be felt around the world right now and we’re looking forward to seeing Irish implemented in a future Sonic the Hedgehog title or as DLC for Sonic Mania. If the character himself started as a joke, we can dream.

How did you celebrate St. Patrick’s Day this year? Do you hope to see Irish in a future game? Let us know in the comments below!