Borderlands 3 DLC Number 3 Will Have “Outlaws and Dinosaurs”

Sounds Like the West Is About to Get Even Wilder

We are a few weeks away from the next major piece of Borderlands 3 content. DLC number 2 will be called Guns, Love, and Tentacles, and will focus on the marriage between Wainwright Jakobs and Alistair Hammerlock in a Lovecraftian adventure. This was revealed at PAX East, along with the short term plans following the release of this DLC. While the next few months of paid and unpaid content is pretty well-defined, Gearbox also released some concept art of the third major piece of Borderlands 3 DLC. 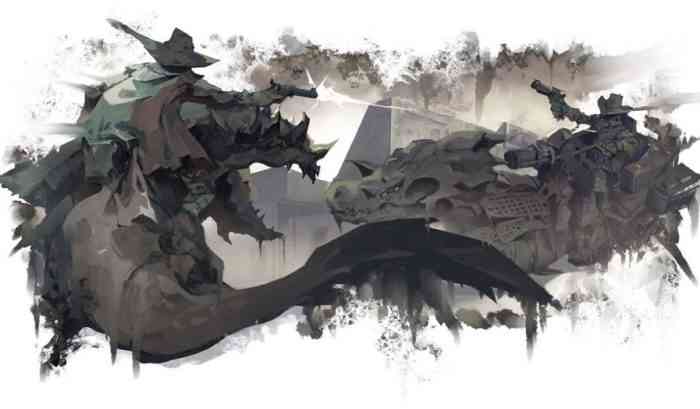 The concept art looks a lot like the cut scenes at the beginning of each Borderlands game and the start of a lot of the DLCs. It shows two figures in Western outfits riding large creatures, with guns aimed at each other. While this could mean pretty much anything, Gearbox also left us with three words: “outlaws and dinosaurs.” Well, what we know is that dinosaurs in the Borderlands universe are more commonly known as Saurians, like the creatures that populate Eden-6 and the free content update guide Maurice. The third DLC will likely take place on a planet where saurians are a little more domesticated and used as mounts. We have seen enemies with mounts in other Borderlands games like 2 and The Pre-Sequel.

As for a release, it is likely that we will be able to play it sometime in June. Borderlands 3 was released in September, and then three months later we got Moxxi’s Heist of the Handsome Jackpot, and then three months later we get Guns, Love, and Tentacles. Gearbox will probably release details like a concrete release date, title, and other stuff around the end of May or beginning of June. Borderlands 3 is out now on PC, Stadia, PS4, and Xbox One.

Which DLC are you most looking forward to? Let us know in the comments below.

Monster Hunter Rise: Sunbreak Review – Monstrous DLC
Next
Antonio Banderas and Others Join the Cast of the Uncharted Movie
Previous
Red XIII Will Not Be a Playable Character in Final Fantasy VII Remake