Mother, Come Get Your Daughters

Tactics and strategy RPGs are a subgenre that can’t get enough attention. Every new experiment within this growing corner of gaming is a worthy step forward, and Othercide is no exception. We hardly know a dang thing about it so far, beyond the genre and the dominant aesthetic, but so far so good! 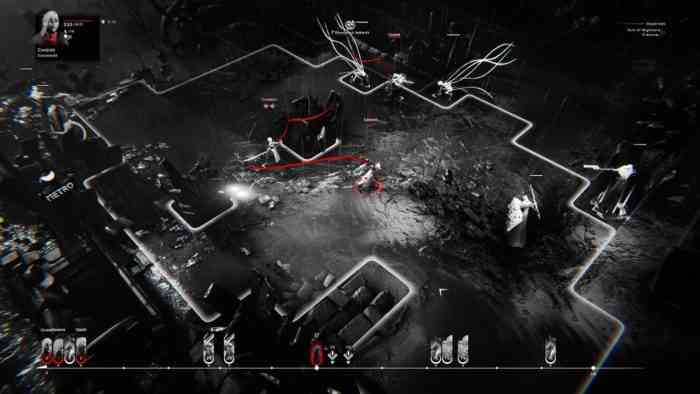 The story unfolds like so: you’re commanding an army of Daughters, shadows of history’s greatest warriors, against a menagerie of history’s nastiest monsters. There’s deep tactics, permadeath, and a general aura of spookiness. Also you can apparently sacrifice one daughter to make another stronger? Leading to a unique cadre of fighters at the end of your journey? Sign me up!

You can check out the PAX East 2020 reveal trailer below. It’s pretty light on gameplay (there isn’t any), but you get a good feel for the narrative atmosphere being communicated. The press release and the Steam page both use the term roguelite, which I’m usually wary of. Yet perhaps, in a tactical scenario such as this one, it won’t cast too much of a shadow over the game. There’s no concrete release date just yet, but the team is aiming for a summer 2020 release. Othercide is coming out for PC, PS4, and the Xbox One.

The Dark World of “Othercide” Now Available on Xbox One

SnowRunner Review – Art Design Shines, While The Sound is Stuck in The Mud
Next
The Creators of Outer Worlds Are Working on Another Triple-A RPG
Previous
PUBG Will Soon Be Allowing PS4 and Xbox One Users to Team Up Through Cross-Play