Square Enix has officially announced that their indie first person puzzle adventure game: The Turing Test is coming to the Switch. The title releases in less than two weeks, but it was already released on Xbox One and PC in 2016 and PS4 in 2017, but Square Enix has announced they’re perfecting the trifecta of consoles by releasing for Switch as well. The Turing Test was one of the first games to be published by Square Enix as part of their indie-focused Square Enix Collective. The game will be priced at $19.99 when it launches on the Nintendo Switch on February 7th. 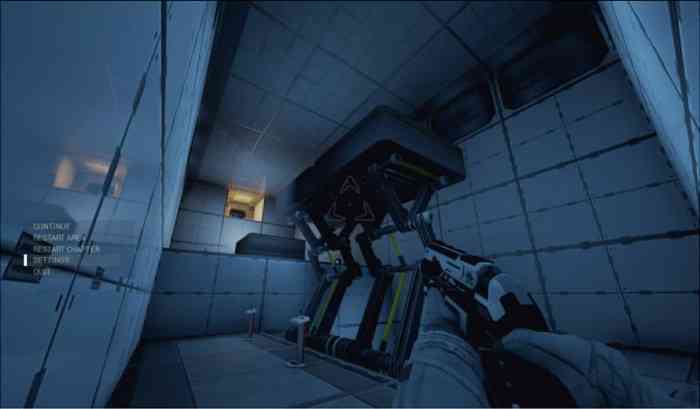 The Turing Test was marred with issues at launch but the fan and critical reception overall was positive in general as the puzzle design was among the best in gaming. While it releases on the Switch on  February 7th, it will also receive a 10% price drop until February 21st. While this game works well on any platform, the portability of the Nintendo Switch is tempting for fans of the indie puzzle gaming made through the Square Enix Collective.

The story that unfolds as gamers solve puzzles in The Turing Test is rich and deep and the puzzle design is comparable to Portal, one of the best of all time. Gamers have been solving these puzzles for hours on other consoles and PC but with the Nintendo Switch release, they’ll be able to take the experience wherever they go. The visuals are similar to the best space films at times, such as Interstellar or Aliens and at other times are bright and colourful.

Are you going to get the Square Enix Collective’s Turing Test on the Nintendo Switch? What’s your favorite puzzle in the game? Let us know in the comments below!