Trailer Has Dropped for the Bayonetta and Vanquish Bundle

Last week, we got word that a 10th Anniversary bundle of Vanquish and Bayonetta would be coming to Xbox One, with the possibility of a PS4 version. Well, that possibility became reality. Earlier today, a trailer was posted for the Bayonetta and Vanquish Bundle by Playstation, Xbox, and other news outlets. Both games came out around 2010 on the PS3 and Xbox 360, developed by PlatinumGames and published by Sega. Now they are back in all their fancy shooting and 4K glory. 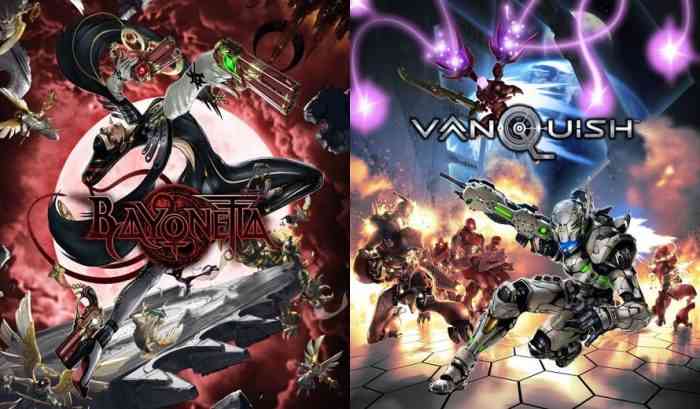 The trailer is basically a mash-up of the two games with a focus on what makes them unique. You have the Bae-onetta herself doing her witch-y things like shooting her guns in her hands and the guns in her high heels. Then you have Sam “Vanquish” Gideon sliding around in his exo-suit in slow motion. They both scale enormous enemies to take them down; a match made in bullet heaven. The trailer ends with a layout of what the bundle includes, other than the games themselves. The physical copies come with a steelbook case for the discs. One on side you have an action shot of Bayonetta and on the other side you have Mr. Vanquish. Both PS4 and Xbox One versions come with the steelbook case.

Comments the trailer almost exclusively speak about how “underrated” Vanquish is. Well, fans have a second chance to show just how much we appreciated it. As we mentioned when the news broke, the Bayonetta & Vanquish 10th Anniversary Bundle will be available on February 18th, 2020 on both PS4 and Xbox One.

Which of the two games did you enjoy more? Let us know in the comments below.