Surgeon Simulator 2 Revealed at the Game Awards, Coming in 2020

The original Surgeon Simulator released in 2013 is a pretty iconic game, especially in the way of games with clumsy controls. Last night at the Game Awards, we got news of the sequel, Surgeon Simulator 2. The trailer follows the head of a patient through a winding journey of conveyor belts, chutes, and rails. Along the way, we see many surgeons. They appear to all be copies of the same surgeon, presumably Dr. Nigel Burke from the first game. Seeing the same doctor throughout the trailer probably alludes to the multiplayer aspect expected to be present in the upcoming game. 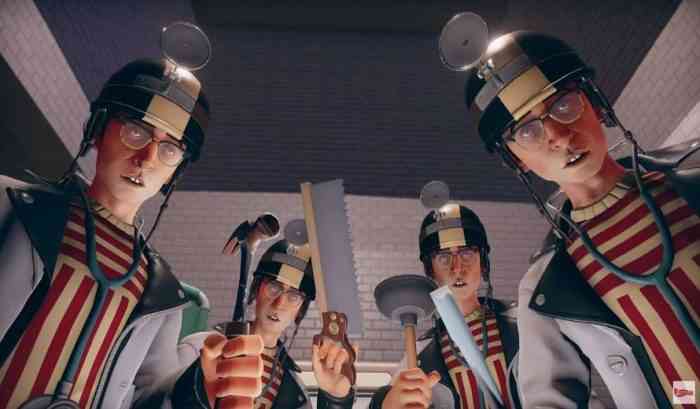 In the press release for Surgeon Simulator 2, the developer Bossa Studios also hints at a multiplayer experience in this game. They say, “Surgeon Simulator 2 promises to inject a delirious dose of adrenaline straight into the heart of the original, cranking everything up to a whole new level. Not to mention, throws in a handful (or four?) of surprises along the way!” It sounds like the sequel will be bringing the craziness of the first game up a notch. Hopefully that means more unconventional tools like the original’s laser or circular saw dubbed the “pizza cutter”.

So far, no official release date is known, only that it will be coming in 2020. No platforms have been mentioned either. The original launched on PC and then had versions released on PS4, PSVR, Android, iOS, and Nintendo Switch, so there’s really no telling what platform Surgeon Simulator 2 will launch on. We can assume it will launch on PC.

Are you looking forward to getting back in the OR? Let us know in the comments below.