The Klown Prince of Krime

While the Game Awards last night was a time for major reveals and announcements, there were of course some smaller ones as well. Namely our first look at the Mortal Kombat 11 Joker DLC coming next month. We have known about the Joker since the Kombat Pack was first revealed, and even before that when the DLC character files were datamined. I would say this is the first time we’ve seen Joker in Mortal Kombat, but that wouldn’t exactly be true. He was in the Mortal Kombat vs DC Universe crossover, the Injustice games, and now Mortal Kombat 11. 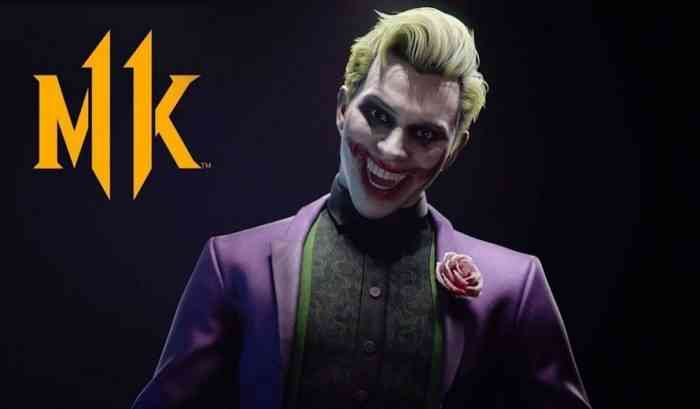 At the Game Awards, an ad for Mortal Kombat 11 played, but at the tail-end we saw Joker’s introduction. He prances around in his purple suit with his cane and is confronted by Cassie Cage in her Harley Quinn outfit. He comments on her appearance and after a brief exchange, the teaser ends. With only about 20 seconds of footage, we do not really see him in action. That will no doubt come at a later date. Other than Scorpion, Joker is the only character to appear in the MK/DC crossover, Injustice, and a Mortal Kombat main-series game.

When the Bat’s away, Joker’s goin’ to play. See you soon kiddos!

The Joker makes his mark on #MK11 January 28! https://t.co/cf3EngbLmz pic.twitter.com/CAXTUPMIDS

Joker is the final character in the Kombat Pack to be added to Mortal Kombat 11 and he will arrive on January 28th, 2020. Joker will be voiced by Richard Epcar, reprising the role from MK vs DCU and the Injustice games. In other Mortal Kombat news, the Mortal Kombat movie’s release date has moved up to January 15th, 2021. Mortal Kombat 11 is available on PC, Xbox One, PS4, Nintendo Switch, and Stadia.

Which character from the Kombat Pack is your favourite? Let us know in the comments below.

Far Cry 6 DLC Lost Between Worlds Looks All Kinds of Crazy
Next
Surgeon Simulator 2 Revealed at the Game Awards, Coming in 2020
Previous
Resident Evil Resistance Comes With Resident Evil 3 – Is It a Standalone?