Plants vs Zombies is known for being a wacky franchise. With every plant character being a play on words, even the premise of the series is a pretty outlandish idea, but that’s what keeps it going. The newest game in the series is getting an update for this holiday season and will be spreading joy with the help of a certain Starfleet Captain/psychic mutant, Sir Patrick Stewart. The trailer for the Battle for Neighborville Feastivus update sees Stewart narrating in a Suess-y fashion. Rhythm and rhyme fill the trailer while describing what players can expect from this update. 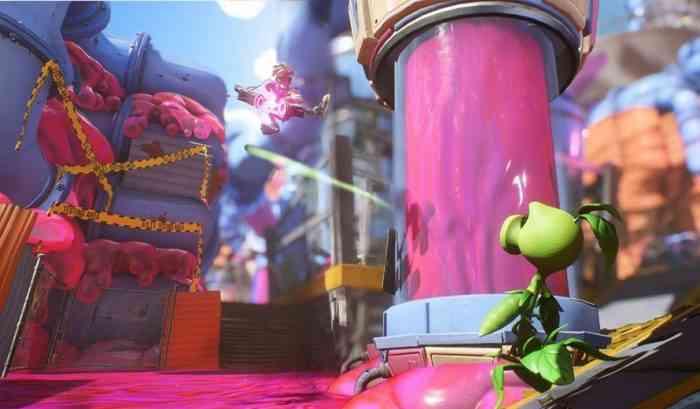 This new update allows players to access the new map called Oozevoir. This map has an interesting mechanic which, as its name suggests, has ooze covering the floor. This ooze is bouncy and adds an element of verticality to the combat. And it wouldn’t be a seasonal update if there weren’t seasonal cosmetics to unlock. Costumes, emojis, hats, and expressions are what you can expect from the Feastivus update, which is active right now.

Sir Patrick Stewart has filled many roles in his extensive career on stage and screen, and he has had many voice acting roles as well. Besides voicing Charles Xavier and Captain Jean-Luc Picard in X-Men and Star Trek video games, he has also voiced Emperor Uriel Septim VII in Oblivion and the narrator in Ted and Ted 2 just to name a few. Obviously, Sir Patrick is great in the trailer for this PvZ update, but it is unclear if he has a role in the game itself. Plants vs Zombies: Battle for Neighborville is out now on PC, PS4, and Xbox One.

Are you going to be playing the Feastivus update? Let us know in the comments below.