That One Had a Rock in It

In addition to the festive reskin of the Docks map that Infinity Ward added to Modern Warfare, they will also be adding a limited time variant to Modern Warfare called Snowfight mode. I will always take the opportunity to make fun of the name of Gunfight, but this time Infinity Ward took it too far. In this new Modern Warfare Snowfight, it was not called Snowball Fight or Festive/Winter Warfare; Snowfight. Nobody calls a snowball fight a snowfight. That being said, this limited time mode is basically a snowball fight. 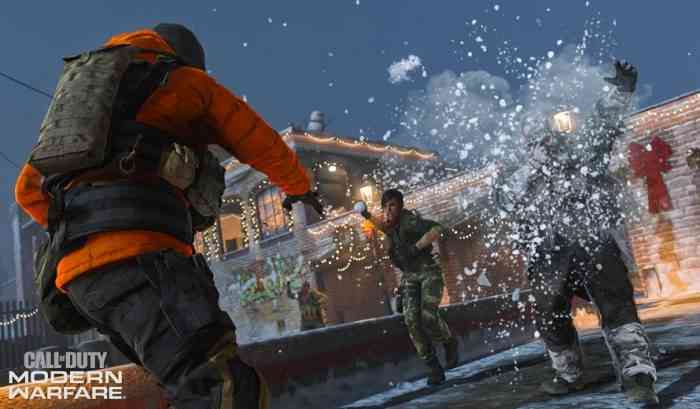 Starting tomorrow, December 24th, Snowfight will be added to Multiplayer alongside the game mode Drop Zone. In Snowfight, players will only have access to snowballs, similar to the bonus feature that currently precedes Gunfight matches. Infinity Ward currently has not explained if there are any special rules to it or how exactly it will work, but if you have played the small taste of it or have been in a real snowball fight, it probably works the same way. Snowfight will only be available until December 31st, so you have exactly one week to play it.

The other mode Drop Zone is similar to a King of the Hill type of match, but is more focused on playing the objective. The only way to earn Killstreaks in Drop Zone is to hold the zone and pick up the Care Packages that drop in it. This game mode isn’t quite as festive as Snowfight, but if Infinity Ward had Santa drop the Care Package… You can use that idea for free, Infinity Ward. Call of Duty: Modern Warfare is available on PC, Xbox One, and PS4.

Are you going play Snowfight? Do you have a better name for it? Let us know in the comments below.

The Terminator Heads To Call of Duty In Its Upcoming Mid-Season Update
Next
MediEvil Remake Demo “Short Lived” Gets Resurrected for the Holidays
Previous
The Yu-Gi-Oh Video Game is Coming to Xbox, PC, and PS4