Wattam Launches the Week Before Christmas for PS4 and PC

Wattam, the latest game from Katamari Damacy developer Keita Takahashi, was first revealed in 2014 for PS4 but there have been doubts about whether or not the game would ever come out.

However, we’ve got some good news: It was announced on Monday that the game will launch on December 17th for PS4 and the Epic Games Store. 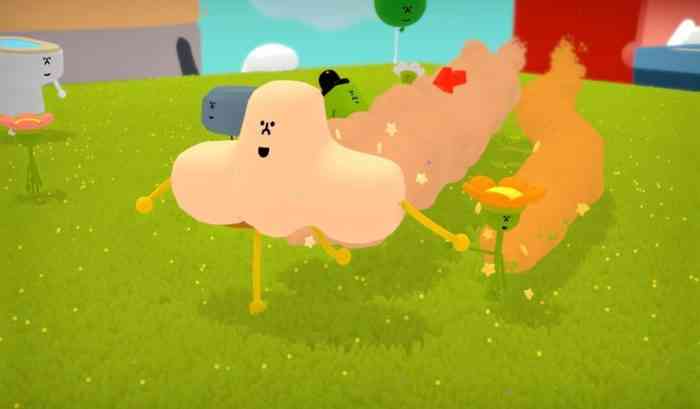 Wattam is a solo/co-op puzzle game about traveling through a happy, vibrant land with cute walking, talking objects such as acorns and rocks. The game’s cast features over 100 unique characters, one of whom is an enthusiastic green block named “Mayor”. Mayor wants to lead his friends back home by creating explosions with them and solving puzzles.

Aside from getting to know this cast of characters, players will also “celebrate special events and explore [their] imagination to its fullest.”

Pre-orders have gone live for Takahashi’s upcoming title with the price of $19.99. If that sounds a bit steep for you then there’s currently a 15% discount available on both PS4 and the Epic Games Store.

What do you think of this news? Planning on getting Wattam when it comes out next month? Go ahead and speak your mind in our comments section.

Zhongli Banner May Be Returning to Genshin Impact in 1.5
Next
Sword & Shield Launch Trailer Loaded With Pokemon
Previous
Kojima Says US Reviewers Didn’t Understand Death Stranding Because They Prefer Shooters