Smash Ultimate Director Explains Why Mai Shiranui Will Not Appear

The new character for Super Smash Bros. Ultimate was released yesterday. Terry Bogard, from the Fatal Fury and The King of Fighters series made his debut in Smash, along with a Fatal Fury stage. While fans are ecstatic about the crossover, they are wondering about another King of Fighters character. Mai Shiranui is another popular character from the series. You might not recognize her name if you’re not big on fighting games, but you’ll recognize her look. She traditionally wears a lot of red, shows a lot of skin, and, speaking freely, she has a huge… personality. Alas, Smash Ultimate director Masahiro Sakurai explained why she will not be appearing in Super Smash Bros. Ultimate. 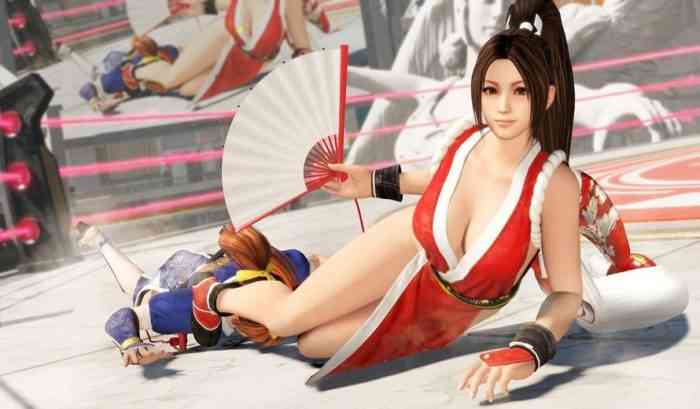 Well, he doesn’t really explain, but you can piece it together. During a presentation of Terry Bogard, Sakurai spoke about the stage that would be introduced with the character. In the background, a total of 20 characters from SNK appear and Sakurai introduced each of them and who they are. After that, he specifically addressed that Mai Shiranui was absent. He said, “Super Smash Bros. Ultimate is for good boys and girls of many different ages, so we decided not to feature her. Please, forgive us.” Apparently, the translator misspoke; what he really said was, “Them tig ol’ bitties would cover up half the screen!” or I assume that’s what he meant.

Are you disappointed that Mai will not smash with the other characters? Let us know in the comments below.