Taking the “Modern” out of Modern Warfare

This is a case of “could be possible, but no one official is saying it”. That being said, it is fun to believe and is certainly not out of the realm of possibility. So, a few days ago, Activision and Infinity Ward released a couple of new maps for Modern Warfare, alongside a returning game mode. In the larger map of the two, Krovnik Farmland, there is are some posters. One of the posters shows a crossbow and some people think this indicates that a Modern Warfare crossbow weapon is on the way. 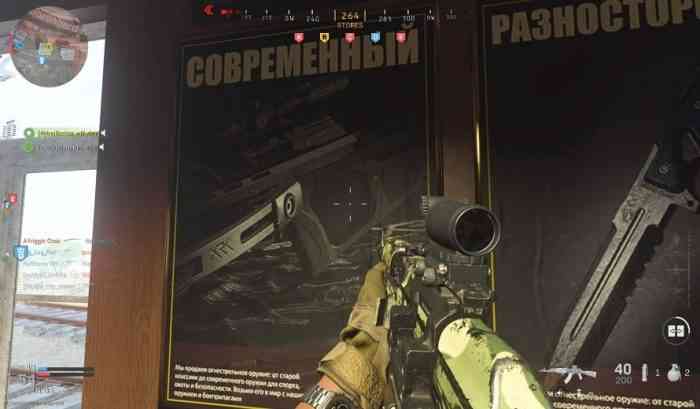 Someone shared a screenshot of the poster and soon after, a Twitter user by the name of TheGamingRevolution replied. TheGamingRevolution has been known to have leaked and accurately predicted features of Call of Duty games. They replied with a cheeky winking emoji and said, “Coming soon to a video game near you”. Obviously, no one from Activision or Infinity Ward has said anything about it, so we can just mark it down as a rumor.

Though Modern Warfare is literally the name of the game, a crossbow would not be that out of place. There are plenty of games set in the modern age and even a distant future that has crossbows. Laser-sights, heartbeat sensors, and nightvision goggles are cool, but shooting high speed bolts into your enemies never goes out of style. Call of Duty: Modern Warfare is out now on PC, PS4, and Xbox One.

Do you think Infinity Ward will add a crossbow to the game? Let us know in the comments below.