Progress Across All Titles 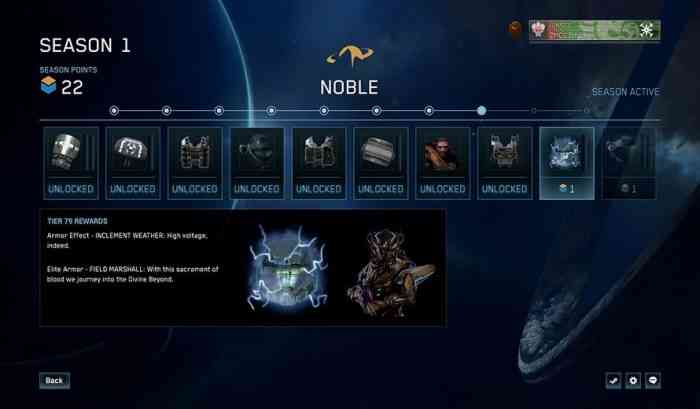 Here are the major changes that progression has undergone. Other than collecting experience across all the games, unlockables will be offered by seasons. For example, the first season of rewards will be focused on Halo: Reach, meaning these unlockables will be used for that game. Another difference is that players can choose the order in which they can unlock the rewards. If you recall, the Xbox 360 system had a fixed order of things that can be unlocked. While earning experience through multiplayer matches and earning badges, players will also be getting Season Points. These Season Points will be used to purchase the cosmetics, so there are two steps to this; unlock by leveling and then purchase with Season Points.

Your ol’ pal Zane remembers that the unlockables in Halo: Reach were few and far between, so 343 Industries has adapted the system so that progression is faster and more consistent than its previous iteration. There are also questions that players are left with. If Season 1 is focused on Halo: Reach, what kind of unlockables will be offer for other titles? Halo 3 had a bit of customization, but nowhere near the level of Reach. And I don’t think there was much if any customization in Halo 1 or 2, so will there be any unlockables for those titles? Also, will this system be implemented for the Xbox One release? We will just have to wait and see. Halo: Reach launches on PC on December 3rd.

Are you looking forward to The Master Chief progression system? Let us know in the comments below.