Butler Outfits Too, I Guess

The latest patch for Fire Emblem: Three Houses is here! It includes, among many other things, maid outfits! Although these are tied to DLC, much like the rest of the cool costumes, which is hogwash. Even so, if you’re of a mind to invest in such things, this is an undeniable perk. You can check out the complete patch notes below: 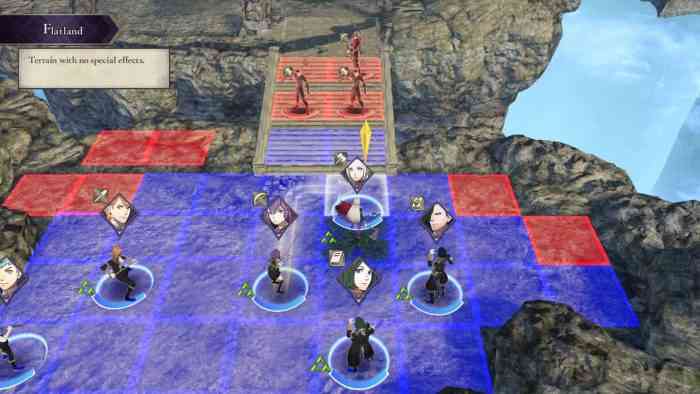 -Increased the number of save files from 5 to 25. Note: Increased number of save files will require approximately 12MB of additional system memory space. If you don’t have enough space, you can delete some application data or images saved in the album.
-Added a new option, In Battle, in Appearance Options, allowing the player to select the monastery outfits for battle as well.
-Note: You can set this from the Unit Appearance menu in Personal Quarters.
-Note: Depending on the outfit/character/class combination, some outfits may not be reflected for mounted units.
-Added feature that allows players to hide the UI when viewing a character in Unit Appearance.
-Added new allies that will join in Part 2: Crimson Flower.
-Changed the song that plays in the opening movie to the Korean version when the system language is set to Korean.

-Added additional quests and new outfits (Servants Attire, Summer Wear, and Evening Wear) from the Expansion Pass.
-Note: Additional quests include new activities, such as the sauna, feeding cats and dogs, and recruiting new battalions.
-Note: Additional quests are marked with a light-blue icon during Exploration.
-Note: New outfits (Servants Attire, Summer Wear, and Evening Wear) are provided for the protagonist and for the playable characters. They can be selected via Personal -Quarters in the monastery.
-Added an additional element of the Expansion Pass, making Anna available for recruiting in the monastery after the third chapter, Mutiny in the Mist.
-Note: Anna can participate in battles and activities.
-Note: Anna does not have Support relationships.
-Note: Recruiting Anna unlocks a new paralogue after a certain chapter.
-Note: It’s possible to set Anna as a traveler, but the recipient cannot recruit her as an Adjutant unless they also own the Expansion Pass.
-Note: If a player has not purchased the Expansion Pass, only one of the new characters in the Expansion Pass can visit as a traveler.
-Added Gifts for Dogs and Cats to the viewable rankings during the loading screen and the calendar screen while playing online.

On top of the new DLC outfits, there are also new characters, proper bug fixes, and localization adjustments. All of these expansion pass perks are almost enough to make me invest in one of them. I mean, petting cats and dogs? Consider me sold! Fire Emblem: Three Houses is available now on the Nintendo Switch.