A spin-off of the Rayman series, Rabbids are basically the Minions of the video game world. They speak nonsense, they clumsily move about, and they tackle obstacles with fierce incompetence resulting in catastrophic failure, and people love them for it. Despite this apparent exclusive capacity for failure, the Rabbids are showing the youth of today an ever-important skill. In Rabbids Coding, people with absolutely no background in writing code can learn the basics with the help of these bumbling fools, and it’s entirely free. 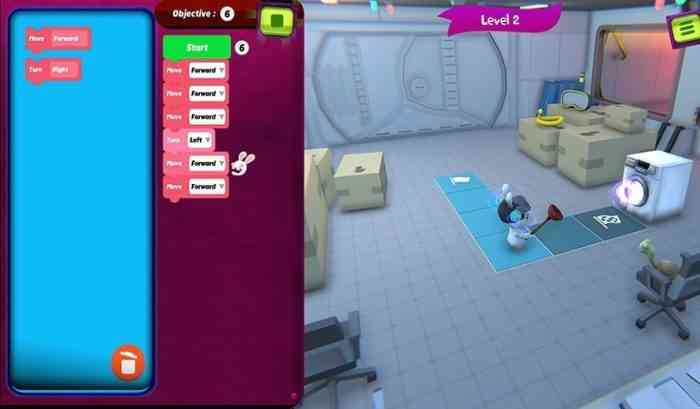 The premise of this coding game is that a spaceship is infested with Rabbids and it is in desperate need to get rid of them. That’s where you come in. While you do not interface directly with the ship, you must command the Rabbids to carry out tasks such as ejecting themselves into space. Using a drag-and-drop system, you create instructions for the Rabbids. The game has a series of levels with progressively complicated actions that must be taken to clear them. Once the basic levels are done, the player can explore a more open area to play around with their newfound skill. Ubisoft released a short trailer for the game a few days ago.

Ubisoft has made this game entirely free in hopes that it will become a preferred tool in coding education both inside and outside of a classroom. All that is needed to access the game is a Uplay account with Ubisoft. Rabbids Coding came out earlier this week on October 8th for PC.

Would you try this out to learn coding? Let us know in the comments below.