The more we see of Marvel’s Avengers, the better an idea we get of what it really is. At New York Comic Con, where news of Kamala Khan’s role was announced, the game was shown off and the head of Crystal Dynamics Scot Amos was there to let people in on some details. These details surround Marvel’s Avengers gameplay. Things like leveling, gear, and missions, we know a little bit more about it all. 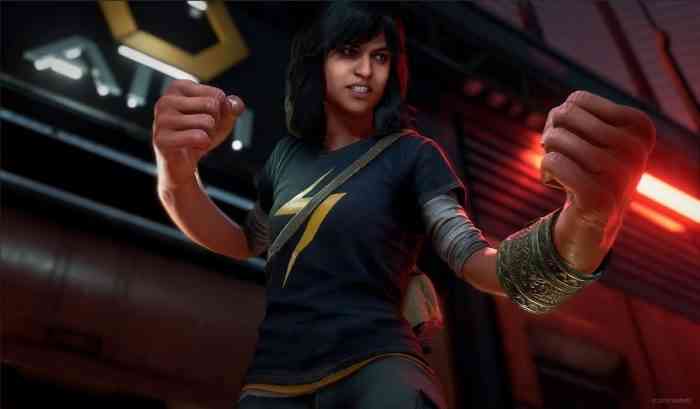 The gear, not unlike Borderlands or other ARPGs, has different levels of rarity. Common, Uncommon, Rare, Epic, Legendary, and something else; something above Legendary. Gear will also have different sets that provide additional perks and abilities when assembled. They will also be specific to each character; Iron Man will have his different gear and Hulk will have… what kind of gear does Hulk have? We already knew that each character will have alternate skins, but apparently they will have “dozens” of costumes. These costumes are purely cosmetic and will not affect gameplay.

The Avengers will have a hub or sorts. A downed helicarrier will act as their base of operations where they can select missions. These missions will divided into Hero missions (which are single-player) and War Zone missions (which are co-op multiplayer missions). When playing in War Zone, there will only be one of each Avenger that can be played at once; there cannot be a team of Thors. Marvel’s Avengers will be out on May 15th, 2020 on PS4, Xbox One, PC, and Google Stadia.

What else could Crystal Dynamics be hiding? They kept the game’s protagonist a secret for a few months. Let us know in the comments below.