Red Dead Online is Getting a Massive Update Next Week

The Update is Coming September 10th

The Red Dead Redemption series not exactly know for its multiplayer aspect. That is not to say that it is bad. But it is definitely not front and center within people’s minds when the game is brought up. The online portion of the game has had some bug issues. However, it now looks like the game has recovered due to a couple of patches. Red Dead Online has also received a steady supply of new content from Rockstar in order to keep things fresh and exciting. 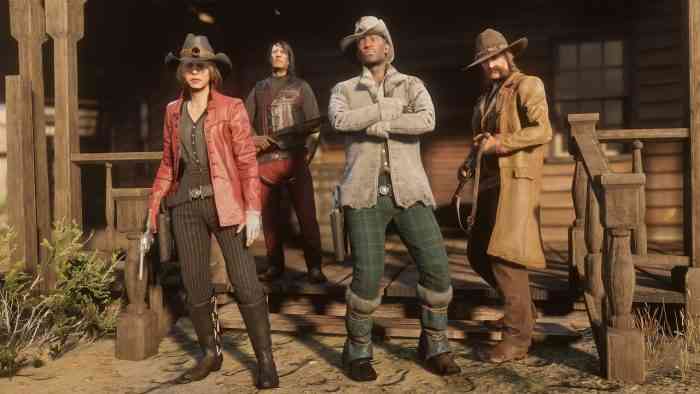 Rockstar confirmed on Twitter today that the Frontier Pursuits will officially launch on September 10th. So only a week away. This update is going to add three new and unique roles that players can take on in the online realm.

This is pretty self-explanatory. You will be able to go out and channel your inner Dog the Bounty Hunter and snatch up all the evildoers in the Wild West. This class sounds like the most fun if you’re into shooting people and just disturbing the peace in general. You can even end up hunter other players too. To start your dream of being a famous bounty hunter, head to Rhodes. There you’ll find an NPC who will start you off.

The trader is one of the more intriguing roles there is. To start this “quest line” you’ll need to chat up your trusty camp companion Cripps. From there you’ll have to pay him an absurd amount of money in order to become business partners. From there, your camp will operate as a quasi business. But be careful. As you progress you can be open to raids from all the other cowboys who are jealous of your wealth.

If you want to become Indiana Jones then the collector is the role for you. You just go around and look for treasure and other valuables. It does not seem very actioned packed as the others. However, it’s one of the most lucrative new roles. You will also unlock a metal detector eventually in order to find treasure easier. To start this off you’ll need to find Madam Nazar.and give her 15 gold bars.

Red Dead Redemption 2 is available on the PS4 and Xbox One.

Five brilliant video games based on horse racing and how you can play them
Next
KSI vs. Logan Paul Rematch Confirmed
Previous
GOG Isn’t After Exclusivity like the Epic Games Store