The Fight No One Wants, But Everyone Wants to See

On August 25th, 2018 two internet superstars, KSI, and Logan Paul went head to head in a boxing match in Manchester England. The media hype and publicity surrounding the build-up to the fight was ridiculous. The two YouTubers were able to generate crowds and buzz that would have been unimaginable a few years prior. While some people heavily criticized the two “celebrity boxers” for being insufferable and generally unpleasant, that did not stop either of them from making gross amounts of money off the spectacle. The fight ended anti-climatically in a draw. This of course then paved the way for a second fight. Today that long-awaited rematch has been confirmed. 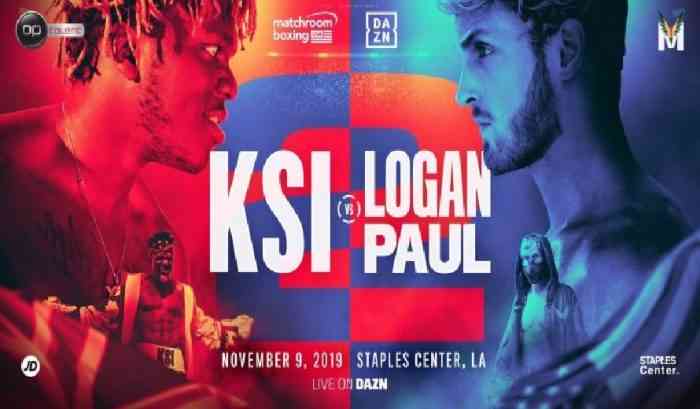 The fight is happening sooner than later. The rematch between KSI and Logan Paul is scheduled to take place on November 9th of this year at the Staples Center in Los Angeles. The Staples Center is the same place where the LA Lakers play basketball games. Just to let everyone know.

Whether you love or loathe either fighter is irrelevant. This is a huge step for online celebrities. To have a goofy celebrity boxing match held in Los Angeles, in the Staples Center of all places is a whole other level of crazy.

Pre-sale ticket are going to be available on September 10th, while regular sales will commence on the 14th. It has also been confirmed that there will be no headgear for the fighters this time around.

A press tour if almost guaranteed to kick off relatively soon in order to promote the fight. The last fight’s press tour was over the top and filled to the brim with cringey antics and trash talk. So it would only make sense if they jack that up to 11 this time around.