In the Titanfall universe, humanity lives on many planets in space. As Apex Legends takes place in that universe, it is only natural that other places are explored and interplanetary travel is possible. With the third season approaching, developer Respawn Entertainment released a launch trailer revealing a new Apex Legends planet for players to drop into. “Planet Talos” is the location of World’s Edge and appears to have strong presence of both ice and fire, and probably some very wet areas in between. 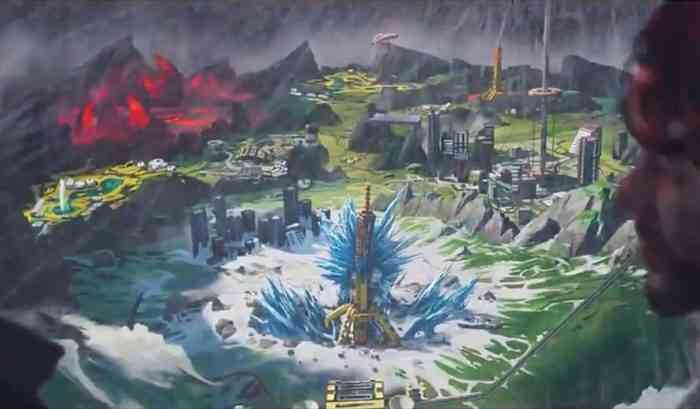 Season 3 AKA Meltdown was announced a little over a week ago with the introduction of the newest playable character Crypto. He is heavily featured in the launch trailer that was released earlier today where he shows off his skills and shows up his teammates. The season is aptly named Meltdown due to the mixture of icy and fiery areas in World’s Edge. The Season 3 trailer was tweeted out by the Apex Legends Twitter account and you can check it out down below.

Join our cast of Legends – including the newest Legend, Crypto – on the dropship as they’re whisked from Planet Solace towards World’s Edge on Planet Talos. pic.twitter.com/vp7UzVrXaC

For a while, Apex Legends was beating out Fortnite for top dog in the battle royale scene, but Apex Legends has seen a dip in its popularity since then. Season 3 may not be the thing to put it back in the lead, but fans will no doubt be excited for all the new additions it has to offer. Apex Legends Season 3 will debut on October 1st.

Are you excited for the new season? Let us know in the comments below.

Star Wars: Squadrons Trailer Show Us the Determination of the Empire
Next
Medal of Honor: Above and Beyond Unparalleled in VR
Previous
The Last of Us Part 2 Multiplayer May Be Reincarnated Later