The next chapter in the Total War Saga series was revealed on Thursday as A Total War Saga: Troy, a new turn-based strategy game set during the Trojan War. It’s expected to launch sometime in 2020.

According to the game’s Steam webpage, players can pick one of eight “iconic heroes” of the Trojan War during their campaign of conquest. By using their massive army and getting some help from the mythical Greek gods, players will build a powerful empire that will rule over the land. When it comes to the heroes that players will choose, an official Q&A blog post name-dropped figures such as the legendary warrior Achilles.

While this upcoming Total War game intends to simulate ancient battles, one shouldn’t expect an historically accurate depiction of the Trojan War. The Q&A post confirmed that “realistic representations” of mythical Greek creatures can fight in players’ armies and the new Gods and Favors system will provide battlefield bonuses for devout army leaders. 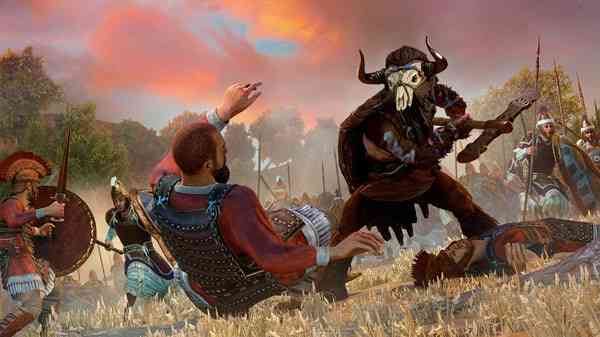 The blog post also provided details for the game’s combat system, describing it as one with “a strong infantry-VS-infantry focus”.

“With greater variances in speed and mass between light, medium and heavy infantry classes, fighting will be dynamic and tactically rich,” the post explained. “Many new active and passive battle abilities fuel this dynamism – so elite defensive warriors may be immune to flanking for example, while elite assault troops may be expert Flankers, increasing the negative effects of flanking on the units they outflank.”

Persona 5 Royal Comes to the West in March 2020
Next
State of Play Livestream Announced for Next Week
Previous
Neo Cab Launches on Steam, Switch, and Mac in October