Neo Cab Launches on Steam, Switch, and Mac in October

Neo Cab Will Take You for a Ride Next Month

Players will drive around a futuristic city as Lina, one of the few human cab drivers who are still able to get work in a city that’s mostly controlled by advanced A.I. Throughout her adventure, players will need to carefully consider Lina’s choices since Neo Cab has a branching storyline.

Along with having to drive around a variety of chatty, paying passengers, Lina will also need to worry about her driver ratings and fret over how her passengers feel about her. 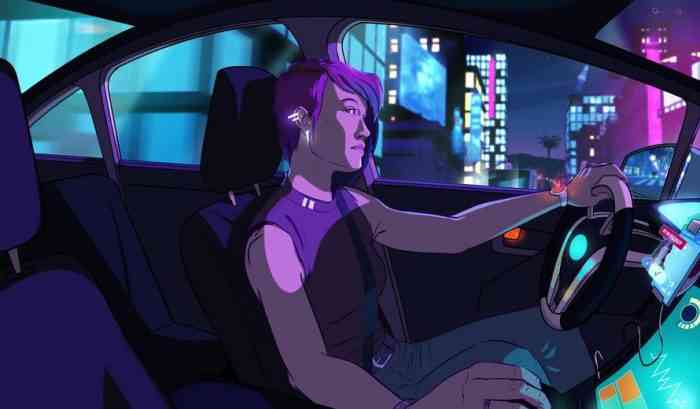 On top of all this, Lina is also on the look out for her friend, Savy. However, it seems like her search is going to be complicated since Savy is wanted by the city’s robocops.

Monster Hunting Game Hunt: Showdown Now 20% Off on Steam
Next
A Total War Saga: Troy Heads to Battle in 2020
Previous
Sony Has a “10-Year” Plan for Dreams, Says Shuhei Yoshida