Everything’s Better Down Where it’s Wetter

A few games have come from the children’s cartoon SpongeBob SquarePants, but none with that has earned a special place in the hearts of fans quite like Battle for Bikini Bottom has. It is very popular with the speedrunning community, and now that the original fans of the game have grown up, now is as a good a time as any to for a remake. The 2003 game came out for GameCube, PS2, and Xbox, and now it is coming back for more. The remake dubbed “Rehydrated” will be coming out 2020. This week, THQ Nordic made an appearance at GamesCom 2019 with a look at the Battle for Bikini Bottom Rehydrated gameplay. 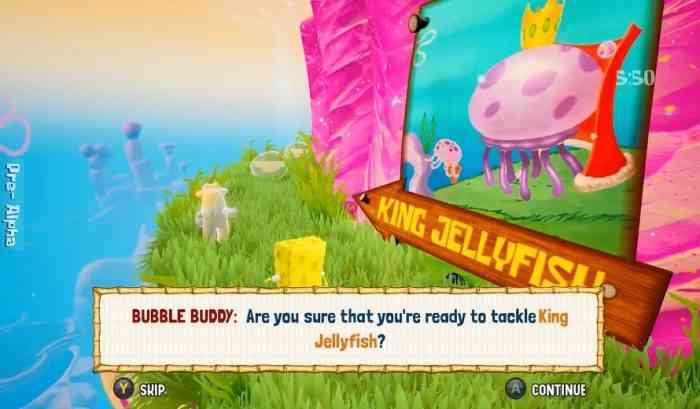 The video comes courtesy of IGN and in it, SpongeBob fights his way through the Jellyfish Fields to find some relief for Squidward, who has just been stung by jellyfish. I don’t know why he needs the King Jellyfish Jelly, everyone knows the best ointment for jellyfish sting is pee. Regardless, SpongeBob encounters enemies like jellyfish and robots with Ham-Hammers before taking on the King Jellyfish himself. All the collectibles are back. Patrick’s Dirty Socks, Shiny Things, and Golden Spatulas are seen collected in the gameplay video.

SpongeBob SquarePants: Battle for Bikini Bottom Rehydrated is just one of many games displayed at GamesCom this year. It will be coming out on PC, Nintendo Switch, PS4, and Xbox One in 2020.

What is your favourite level from the original game? Let us know in the comments below.

Biomutant Review – Rough Around The Fur

Biomutant Explained: Martial Arts at the End of the World