Kingdom Come: Deliverance Will be Getting Official Mod Support

Things are About to Get Wierd

Mods are one of the best aspects of the gaming community. If you can think of it, chances are that someone has made a mod of it. They are particularly fun when it comes to games like Kingdom Come: Deliverance. Open world RPG games were made for modders. Other well-known RPGs like Skyrim or the Fallout series are renowned for having a vibrant modding community. So it will be interesting to see how Kingdom Come’s modding scene will grow after having official support. 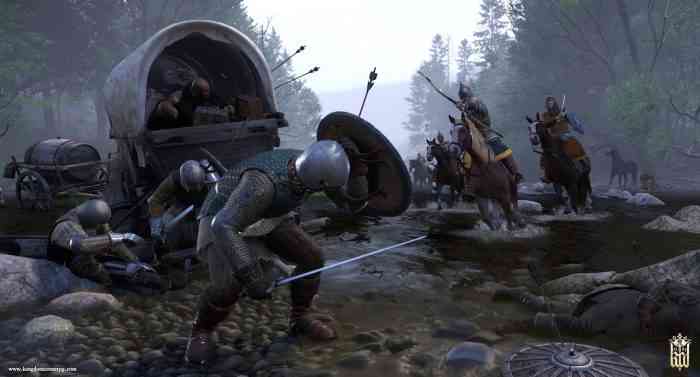 Kingdom Come: Deliverance is famous for being an ultra-realistic Medieval simulator. But it probably will not be very realistic for long. The most popular mods tend to be the most ridiculous. Like the Macho Man Randy Savage dragons in Skyrim.

“Mod support is the last thing we are doing right now, the last thing we want to release for Kingdom Come Deliverance,” said Tobias Stolz-Zwilling, PR manager at Warhorse. He added,  “Right now, we are working on modding tools so that people can do their own stuff – Steam Workshop is already working.”

It should be said that there are already mods for the game. However, it is just that now they will be official and easily accessible thanks to the Steam Workshop. So now we should expect to see some pretty interesting things in the future.

Kingdom Come: Deliverance, while not a flop, did not perform as well as some would have hoped. Perhaps by adding readily available mods, it will add to the longevity of the game. Sometimes it seems as though only fans of a game can really add what people want.

Mods will of course not be available for the console version of this game. If you want to experience this in all its glory, you’ll need a PC.