Something on Steam called Grand Prix is the cause of a lot of confusion among users. It is part of the Steam Summer Sale. The basic function of Grand Prix is that a user has the chance to win a free game from their wishlist, and it can be any game. But what exactly does that mean? Does it mean that a random game from the winners’ wishlist is given for free? Actually, no. It means that any game on the wishlist is eligible to be won, but the user can control which one that is. Confused? That’s okay. You’re not the only one. 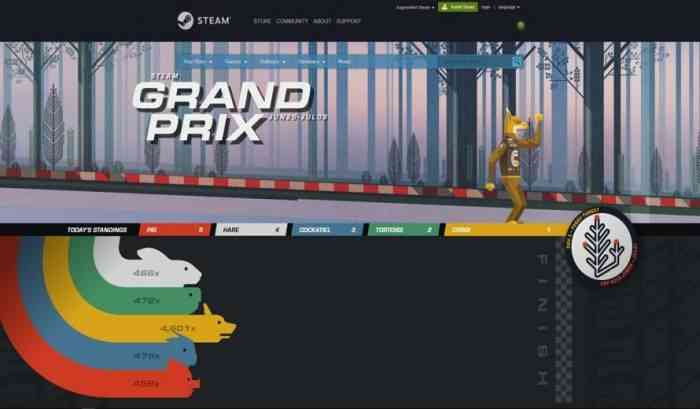 Many Steam users using Grand Prix thought that by purging all the less-desired or inexpensive games from their wishlist, the odds that they would get a triple A or expensive game would increase. This caused a massive spike in games from indie developers being deleted from wishlists. Is this a bad thing? For indie developers, yes. Statistically speaking, having a game on a wishlist will make it more likely to be purchased when it is on sale. If there’s a game you’ve been looking at, but have held off on buying, you might put it on your wishlist. You will get an alert that it has gone on sale, and maybe you’ll finally buy it. If you purge your wishlist, there go those potential sales for those games.

???? PSA! ???? You don’t need to remove games from your Steam wishlist in order to win your Top Wishlisted Game during the Steam Summer Sale – just move your favorite game to the top of your wishlist and you’re good to go!

After a few days ago, after a lot of confusion, Steam tweeted out an announcement clarifying how this Grand Prix thing worked: “You don’t need to remove games from your Steam wishlist in order to win your Top Wishlisted Game during the Steam Summer Sale – just move your favorite game to the top of your wishlist and you’re good to go!” There you have it. If you are a winner, the game at the top of your wishlist will be selected. No need to purge unless you genuinely do not want a game. Every little chance helps an indie dev!

What’s your Steam wishlist looking like? Let us know in the comments below.