Here’s All the Info on Minecraft Earth Beta

We’ve already told you about the announced Minecraft augmented reality game, Minecraft Earth, that was announced last month. Now we know when the Closed Beta will come: it will reportedly hit iOS devices by July 25th, with Android devices getting access soon after. If you like the Pokemon Go style of AR game, and you’re a Minecraft fan, this looks like it will be right up your alley. So how can you be a part of the game’s Closed Beta? Don’t panic — here are all the details you need (with thanks to GamesRadar).

Go to the Minecraft Earth page right here to sign up. Keep in mind, you’ll need a device that’s at least Android 7 or iOS 10 to handle the app. Plus, you are not actually guaranteed a spot in the Beta by signing up — select participants will be chosen based on who applies. But hey, at least you’ll get a cool free skin! An Xbox or Minecraft account is required, but you can sign up on the spot if you don’t already have one. 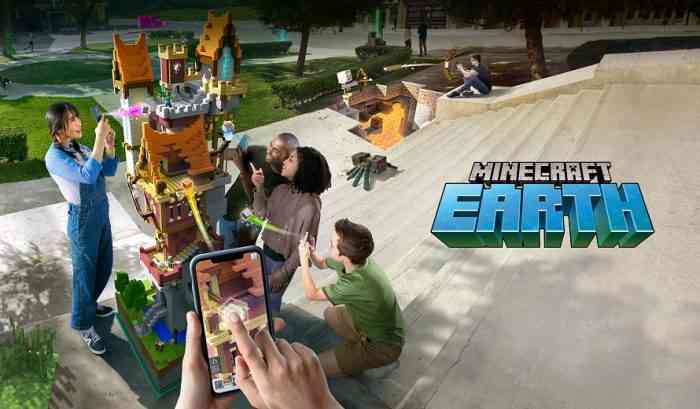 What Happens During The Minecraft Earth Closed Beta

After the Closed Beta starts July 25th, selected players will be able to pretty much play the full game. Much like Pokemon Go, you’ll wander around the world in an augmented reality view, collecting XP by tapping on objects, plus building your own creations for other players to check out. Keep in mind that, as part of the Beta, you’ll be required to play at least once every seven days — failure to do so will result in your spot being given to someone else. Also keep in mind that since this is just a Beta, your creations and progress may be wiped periodically as the developers tinker with the game.

So get yourself signed up and start building and exploring! We at COGconnected will keep an eye out for any further developments with Minecraft Earth, so stay tuned right here!


Minecraft Spinoff Will Be a Real-Time Strategy Game