The Release Date for Luigi’s Mansion 3 Has Been Revealed

It took a while but Luigi’s Mansion 3 finally has a launch date on the Nintendo Switch: October 31st (which is Halloween, an American holiday). Nintendo announced the release date on Wednesday.

When Luigi’s friends go missing on vacation, it’s up to our reluctant hero to save them from the ghosts in the Last Resort hotel! Join forces with Gooigi, slam ghosts, & prepare for a spooky treat when #LuigisMansion3 arrives to #NintendoSwitch on 10/31!https://t.co/3fg4O2t6PB pic.twitter.com/iNM9BKNKg5

In this third game in the Luigi’s Mansion series, Luigi and his friends have been tricked by King Boo into going on a vacation to a big fancy hotel and now it’s up to Luigi to save the day. He’ll have to fight spooky (yet adorable) ghosts with Professor E. Gadd’s new Poltergust G-00 as he tries to rescue Mario & Princess Peach from King Boo. 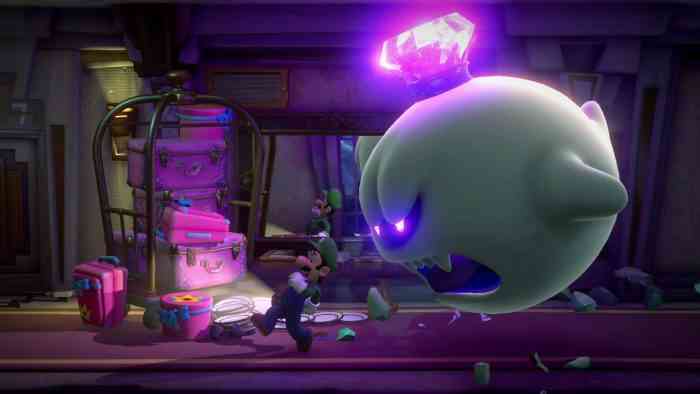 During E3 last month, Nintendo revealed a few of the Poltergust G-00’s new functions such as the ability to make a “Gooigi”, a green slime version of Luigi that can help him solve puzzles.

What do you think of this news? Are you planning on getting Luigi’s Mansion 3 when it comes out? How’s the game look to you so far? Let us know your thoughts on this news story in the comments section below the article.