Destiny 2 Finishing Moves Are Not Just For Show

“Dunk On Your Enemies”

Destiny 2’s latest addition introduces a dramatic flair to combat with Finishing Moves. This feature will be introduced in the next major update Shadowkeep. Polygon caught up with Mark Noseworthy and Luke Smith from Bungie to discuss these sick moves. From what they say, the Destiny 2 Finishing Moves are animations that eliminate enemies who have dropped below a certain amount of health. Sure, you could just shoot them in the chest again, or you could do a spin-y, kick-y, stab-y thing and then blow them away. 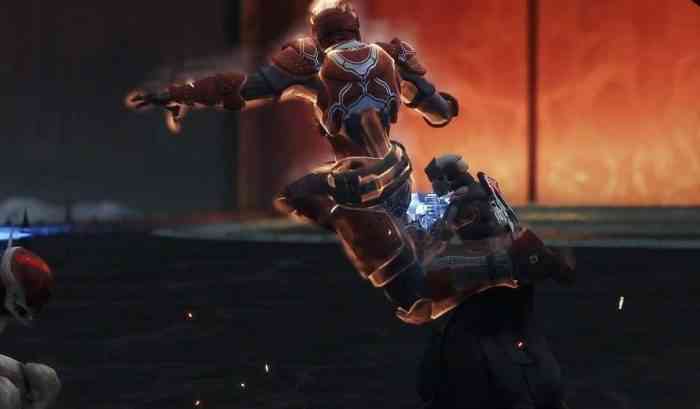 “When enemies get below a certain health threshold, they’re going to have an indicator that means they can be finished,” said Luke Smith. Though some games have these finishing animations like God of War, Gears, and Saints Row, they are usually just to show something cool. In Destiny 2, these moves also activate a bonus effect. An example would be that your team’s ammo can be replenished after a finisher. “The mod for your finisher will be one of the slots on another piece of armor,” added Smith.

Finishing moves? What game is this?

Dunk on your enemies.

Mark Noseworthy described these Finishing Moves as “combat emotes.” While they give players a boost or bonus of sorts, they also leave you open to other attacks. For players who want to look as cool as possible while still getting the best benefits, animations and these buffs can be mixed and matched. When Shadowkeep launches, players will only be able to equip one finisher, but will later be able to add multiple. Smith and Noseworthy said they want to add a randomized feature so that players will never know which animation they will get until it happens. Shadowkeep launches on September 17th.

Do you like the sound of these finishers? Let us know in the comments below.

Destiny 2 Data Mine Suggests Trials of Osiris is Coming Back