Yooka and Laylee are back with a different perspective on things. Their first game was a straight up return to the Banjo-Kazooie world. It did this with the third-person platforming, various power-ups, the writing, and all the accompanying junk. This time around, they are taking things in a completely different direction in Yooka Laylee and the Impossible Lair. We got sidescrolling, we got top-down overworld, we got puzzles, taking inspiration from Donkey Kong Country and A Link to the Past. Some found that Yooka Laylee was missing something, like a YouTuber in the cast that wasn’t racist, but maybe the Impossible Lair will capture the missing magic. 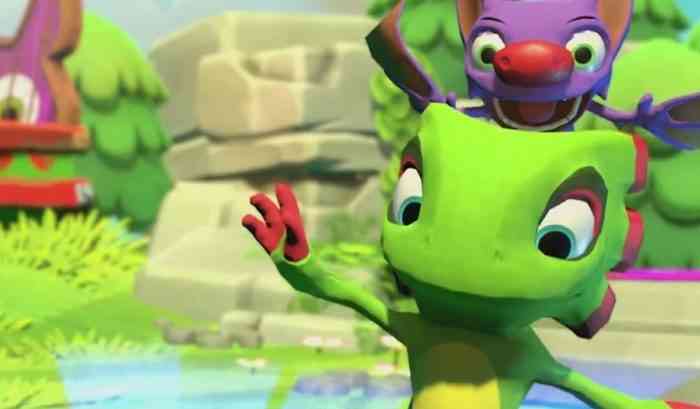 The trailer highlights “Vibrant 2D Worlds”, “A 3D Overworld”, and “Music From David Wise and Grant Kirkhope.” They were both previously composers for Rare with Wise working on many Donkey Kong games and Kirkhope on the Banjo-Kazooie games. The trailer also boasts a “Versatile Moveset”, which is ironic because it shows the same move over and over. The main boss Capital B from Yooka Laylee appears to return in the Impossible Lair, as the end of the game suggested V.I.L.E. would be a returning force of evil.

Developer Playtonic Games gave a brief synopsis of the plot for the Impossible Lair. “You’ll meet some familiar faces, and some new ones, as you help Queen Phoebee restore order to the Royal Stingdom.” Check out the trailer above that Playtonic Games released earlier today. Yooka Laylee and the Impossible Lair has no release date yet, but it will be coming out on Xbox One, PS4, Nintendo Switch, and PC.

Do the gameplay changes interest you? Let us know in the comments below.

What’s the Deal With Bayonetta 3? Well, it Exists
Next
Deep Silver Comments on Shenmue 3 Leak – Bad News For Xbox One
Previous
Destroy All Humans! Remake Revealed