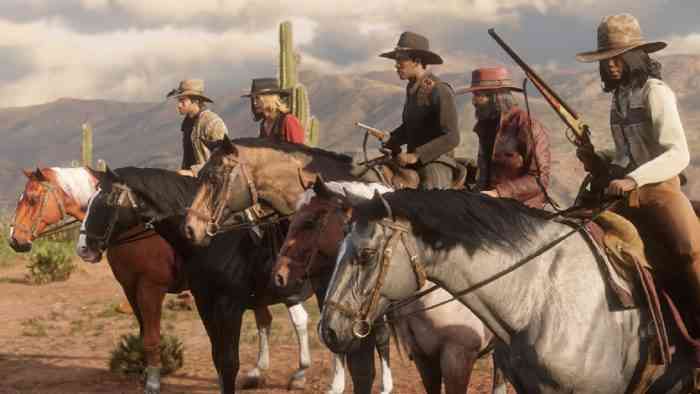 “In this new Showdown Mode, each team has a designated Public Enemy, which rotates regularly among players,” Rockstar explained. “Kill the opposing team’s Public Enemy to score points but be careful: every kill they make is a point to the other side.”

As for the new freeroam event, “Railroad Baron”, it involves taking over as many train cars as you can and holding onto your train cars for longer than rival players.

“With a coquettish beaver felt design that features a buckled silk band and trimmed plume, the Bellerose Hat is incredibly popular among Wheeler, Rawson and Co’s most influential clients. All Red Dead Online players this week will receive the unique tint of the Bellerose Hat pictured above added to their character’s wardrobe free of charge, while additional styles can be obtained via the Wheeler, Rawson and Co. catalogue along with the new Flores Vest and remaining limited supplies of the Calhoun Boots, Raccoon Hat and Shaffer Chaps.”