Are You Ready 2BA Master?

When Pokemon Masters was revealed during a Pokemon Direct last month, not too much information was revealed about the game aside from the fact that it would revolve around trainers and gym leaders. Today’s new trailer sports a stylish animated cutscene and an explanation of what players will actually be doing in the new mobile title.

The game is being referred to as “Free-to-start,” – which is sure to be an unholy new buzzword that we’ll hear a lot of in the years to come – and is set to drop as soon as this summer for iOS and Android. The game takes place in a new region called Pasio, and trainers will be divvied up alongside choice Pokemon to create ‘sync pairs,’ including Red with Charizard, Misty with Starmie, Brock with Onix, and so on. The Pokemon Company and DeNA promise 65 pairs at launch with more joining the roster down the road.

Players will choose 3 sync pairs to play against AI rivals in 3v3 real-time battles. You can tell trainers to use certain moves or items individually, and a “move gauge” will be used for different moves before slowly refilling. There will also be an in-game meta propped up by “sync moves,” that allow specific sets of trainers to use more powerful attacks. 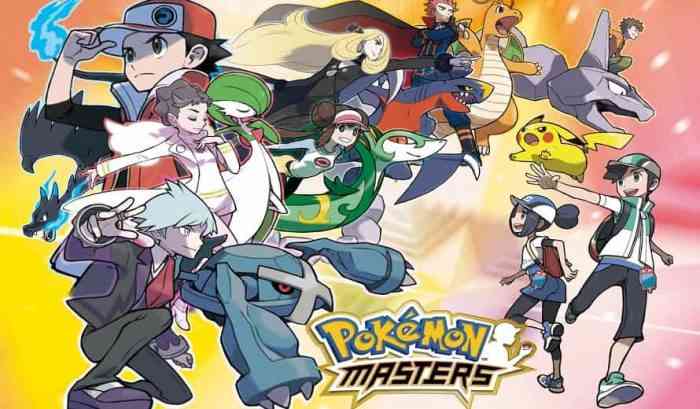 It’s unclear how the paid portion of the game will operate but it likely won’t be too long before we find out. If you would prefer to stay free-to-play entirely though, there is still Pokemon GO, which is about to kick off a summer of events for trainers to dig in to. Let us know what you think in the comments!

The New Xbox Experience Changes up the UI

TemTem for PS4 and Xbox One Cancelled, Will be on New Gen Instead
Next
The Trailer For Season 2 of Apex Legends Just Dropped
Previous
The Creator of Prince of Persia Wants to Make Another Game