Mortal Kombat Characters Absolutely Kill It at America’s Got Talent

Protectors of the Dance Realm

Ninjas are often showstoppers. They are mysterious, they have style, and they have moves. On the America’s Got Talent stage, four particularly mysterious, stylish ninjas showed the judges moves they had never seen before. The group called Adem Show from Kyrgyzstan appeared as Mortal Kombat characters and won the praise of all four judges. Though they performed under different names, Adem Show dressed up as Raiden, Scorpion, Smoke, and Sub-Zero. It would have made sense to dance to the classic Mortal Kombat theme song, but the techno track they used gave them a better opportunity to showcase their skill. 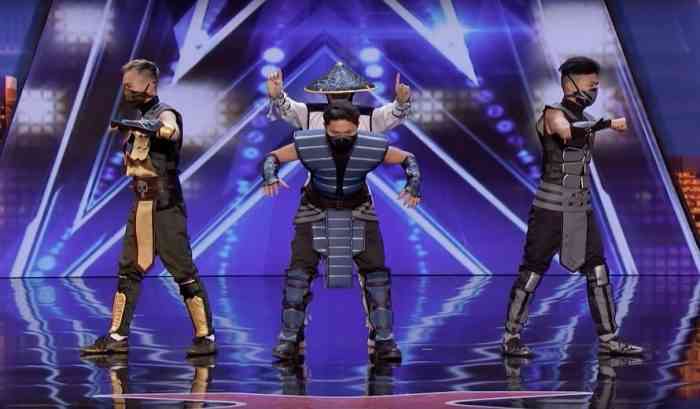 They silently walked onstage and when asked to introduce themselves, they said nothing. Their routine started with a thunderclap. Raiden began to manipulate the other dancers in puppeteer-like fashion, twisting and contorting them into inhuman forms. The moves they make with their bodies lend themselves well to the bone-breaking violence of Mortal Kombat. Though the words “Mortal Kombat” are completely absent from the performance and the follow-up commentary, fans would instantly recognize what their inspiration was.

The video made its way to Mortal Kombat co-creator Ed Boon, who gave his seal of approval on Twitter. This performance earned Adem Show a chance to return to show America more. I wonder what we will see from them next time? Will it be another Mortal Kombat inspired dance? Or perhaps something totally different. Even without the video game gimmick, Adem Show is a group to watch.

Would you start watching AGT for Adem Show? Let us know in the comments below.