E3 Souvenirs Are Not Worth the Money

E3 goers get a lot of opportunities to get the inside scope on a ton of the upcoming games. Aside from being part of the whole experience and community, they can also get some nifty things while they are there. Some guests got their hands on Cyberpunk 2077 jackets. Hideo Kojima received one and showed it off for us all. (Looking good, Mr. Kojima!) Since the jacket is kind of exclusive, some people are taking advantage of it by selling them on eBay. While that’s fine and everything, CD Projekt Red warns against it. 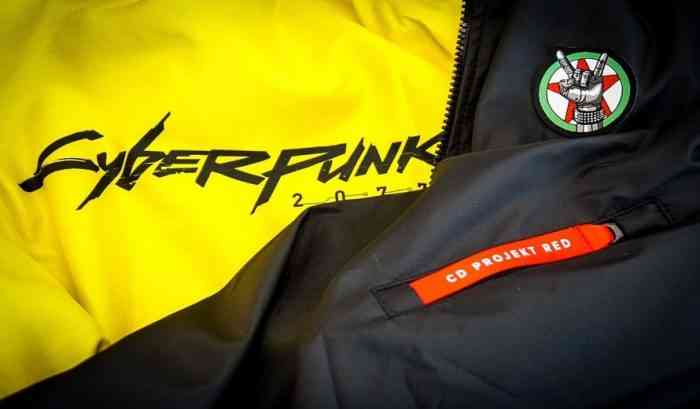 Many of the eBay sellers are asking $400+ for each jacket. The reason CD Projekt Red is telling fans not to buy them is because they plan to have their own line of jackets on their store in the future. The CDPR business director Rafal Jaki announced this on Twitter. While the jackets Jaki is talking about are probably going to be less expensive, they might not be the exact same, for better or worse. The kind being distributed at E3 are pretty cool though. They are reversible, with a yellow side and a black side. The black side has the logo for Samurai, the band which Keanu Reeve’s character Johnny Silverhand sings for.

Please don’t buy the Cyberpunk 2077 jacket on eBay for 400 usd. The plan is to have a similar version in our store. pic.twitter.com/mzG033zGjJ

No word on when these new jackets will be available, or how similar or different they will be from the E3 ones. Cyberpunk 2077 will be released on April 16th, 2020 on PS4, Xbox One, and PC. For more Cyberpunk news, be sure to visit our site.

How much are you willing to spend for a Cyberpunk 2077 jacket? Let us know in the comments below.

How Cyberpunk 2077 Utilizes Ray Tracing and NVIDIA DLSS 2.0
Next
These Amazing Post-E3 Console Deals Are Offering Big Savings on Pre-Orders and More
Previous
Really Seems The Last Of Us 2 Is Out February 2020