Limited Edition consoles are pretty popular among both collectors and hardcore fans. Microsoft, Sony, and Nintendo have all teamed up with developers to make game and franchise specific designs for their consoles. We have seen Xbox consoles styled with Gears of War, Star Wars, Call of Duty, Halo, Game of Thrones, Minecraft, and now Fortnite. According to German website WinFuture, Microsoft is coming out with a Purple Fortnite Xbox One S. WinFuture says that the special edition console will launch in the next few days in Europe and the US. 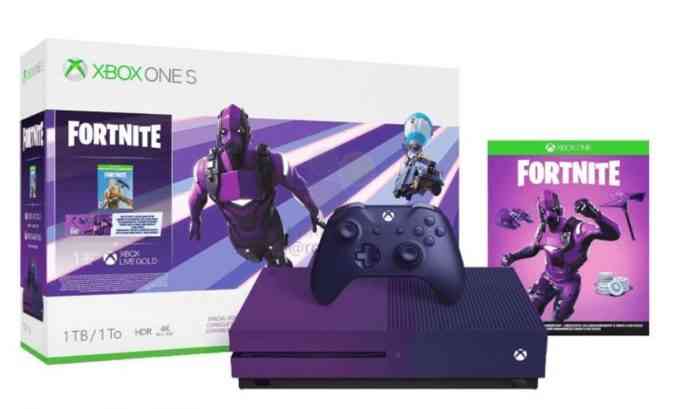 The price is apparently set at around €300 in Europe and $300 in the US. The site, obviously being of German origin, has not advertised the English variant of the console. The special edition 1 terabyte console will be bundled with a matching controller, a copy of Fortnite, and 2000 V-Bucks. It will also come with a special Fortnite skin called Dark Vertex, and a 1 month subscription for Xbox Live, EA Access, and Xbox Game Pass.

Would you pick up this special edition console? Let us know in the comments below.