New Darksiders Game to Be Unveiled at E3

Following news that THQ Nordic has two unannounced games to show at E3, it appears we now know at least one of them. Revealed in a panel listing for the E3 2019 Coliseum schedule, a new Darksiders game will be unveiled that promises to take “the franchise in a fresh direction.” 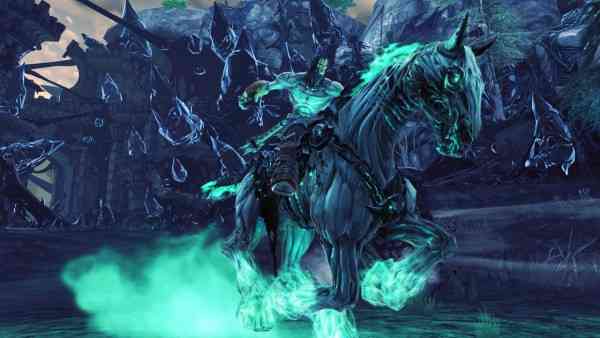 The panel is set for Thursday, June 13th and is called “Darksiders: Action Adventure Evolved.” It will run for a half hour starting at 10:30 PT. Below is the full panel description:

We don’t exactly know what they mean by “fresh direction” but the prospect is exciting to think about. Darksiders has typically been called a “Zelda clone” over the years, so could that finally be changing? Will the series tackle a new genre (Darksiders 3 felt a bit Dark Souls-ish) or maybe have a drastically different art style? There’s plenty to speculate about so feel free to share your thoughts in the comments below.

The third game in series was released in November 2018 to a somewhat mixed reception. Here’s a snippet of what we said in our review:

“Darksiders 3 could have done so much more for the franchise as they branched into the Souls-like style of gameplay, however, frame-rate problems, long load times, outdated graphics, and the kind of bugs that shouldn’t be a problem anymore coupled with a lacking narrative and shoe-horned character development left me disappointed. I wanted to get pulled into this world once more, but instead, I was left wanting to get out.”

We May See New Games at THQ Nordic Showcase Live
Next
Dying Light 2 Will Be Distributed by Square Enix in the Americas, Drops Warner Bros
Previous
Respawn Offers Details On Second Season Pass