During its Pokemon 2019 Conference, Nintendo announced a follow-up project to the Detective Pikachu video game for the Nintendo Switch. A release date was not given. 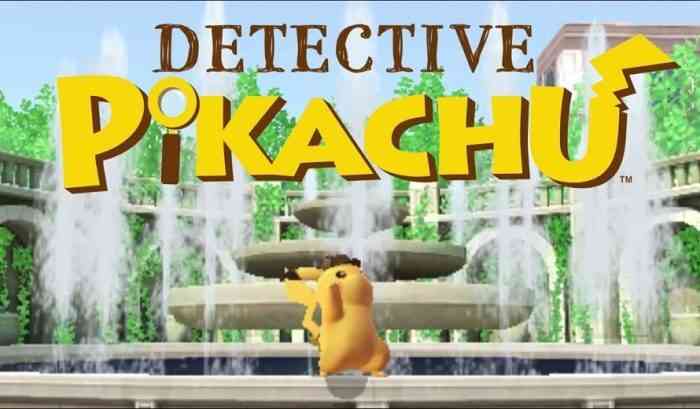 This will be an entirely new adventure in the series cooked up exclusively for the Nintendo Switch. This is not port or re-release of the Nintendo 3DS game from 2016 and is said to conclude the story from the original game, which ended on a cliffhanger. In the game, a talking and coffee-loving Pikachu befriends a boy named Tim Goodman (who can understand him). They choose to investigate the case of Tim’s missing father, all the while solving cases and helping other Pokemon in the area.

In our original review for 3DS, we called Detective Pikachu a “unique foray into another genre for the Pokemon franchise” and that “this fresh title, coupled with an interesting overarching story, hooks you into a conspiracy that – at times – feels surprisingly mature for the otherwise lighthearted franchise.”

This announcement comes at the perfect time, considering the live-action film starring Ryan Reynolds has been a huge success. Recently, the film reached $287 million at the box office while also having the best opening weekend for a video game film adaptation.

We’re all fans of Detective Pikachu here at COGconnected, both the game and the film. But what about you? Are you looking forward to a new game? Let us know in the comments section down below.