Detective Pikachu Review – A Near Bolt of Child-like Brilliance

Are you a fan of mystery and intrigue? Do you want to be the very best, like no one ever was? Do you like a good cup of coffee? Then Ryme City needs you! Developed by Creatures Inc, Detective Pikachu is the latest spin-off from the norm of the Pokemon franchise. Players take on the role of Tim, a young boy who travels to Ryme City in search of his father, Harry, who went missing months ago. Tim arrives just in time for a bizarre encounter with some Aipom and that’s when he meets Detective Pikachu, his father’s Pokemon companion. Tim and Pikachu have a unique bond: only Tim can understand him, and yet he cannot understand any other Pokemon. The game sees players progress as Tim as he tries to discover where his father went and why Pokemon in Ryme City are going crazy, all under the expert sleuthing tutelage of Detective Pikachu.

It’s an odd concept, to be sure, yet like many of Nintendo’s more quirky outings, it’s a story that simply works. It can be a bit jarring at first, listening to Pikachu not only speak, but often talk about how awesome he is or how much he loves coffee, which feels strange and out of place, but you quickly accept that Detective Pikachu is different. It’s a bit of a relief to discover that Tim being able to talk to him is not a normal occurrence and something else must be at play here, as opposed to a Pikachu simply being able to talk.

“a friendly intro to detective gaming”

The game plays as a friendly intro to detective gaming: you’ll be presented with a problem to solve and rely on evidence and testimony to put together a solution. The challenges put before you are surprisingly well thought out and not so cut and dry; it can actually be a clever process to reach a solution. Some of the puzzles made me pause to consider the answer however others were blatantly obvious which killed some of the fun. There is also no consequence for making incorrect guesses, so you are guaranteed to make your way to the end if you put in the time. Not being able to fail seems a little too easy, but this is a Pokemon game after all – A fact I would have to frequently remind myself of. This is a game easy to get heavily invested in, but childish dialogue and a need to keep this game rated E will frequently pull you out of the mystery and remind you this is still a kid’s game. 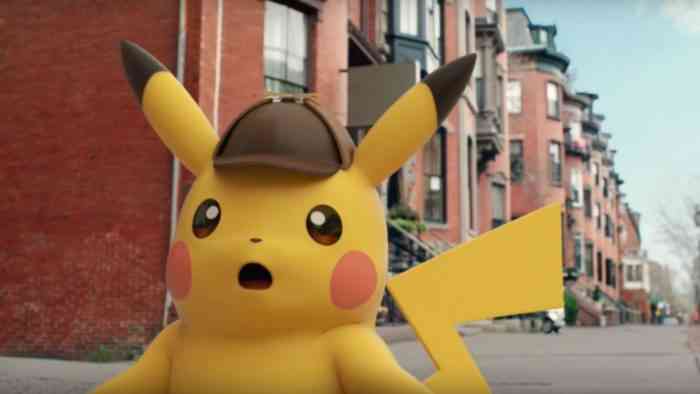 Detective Pikachu also seems to know its target audience, making a cheeky reference to Ash Ketchum’s Pikachu, as well as making sure the Pokemon you encounter have a healthy dose of Gen 1 Pokemon for the older generation of Pokemon Trainers who want to play. While each individual mystery can be hit or miss as to its difficulty, the overarching story is incredibly interesting for the Pokemon-inclined. Completing chapters – ranging from 1-2 hours each – will reward you with a small cut-scene that gives you a glimpse into the game’s plot. This is another example of it feeling like more than a simple Pokemon game and it’s made me avoid every possible spoiler I can because I find myself genuinely invested in the outcome. I can see why they decided to film a movie based on this game.

“For kids and Pokemon fans, this game is sure to be a delight”

Despite all of this, Detective Pikachu is still back and forth on who it is trying to appeal to: it isn’t quite a serious crime drama, but it’s much more than a kid’s game. The crimes you solve can get pretty dark which only furthers the question: why are kids in the Pokemon universe always left unsupervised? Tim is literally handed the keys to a car to investigate his father’s disappearance alongside the detective agency with no training or any real oversight. He gets into potentially lethal situations and not even the chief of police seems to mind. All of the parents in every Pokemon game are just terrible, but I digress. 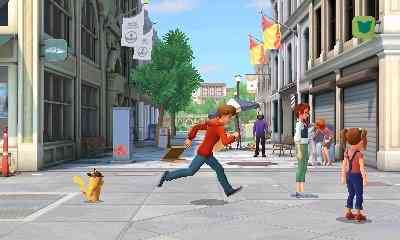 The game suffers from a few glaring faults which really could have made this an even greater game; firstly, everything you encounter adds a new piece of information to your notes, leaving a bright “NEW” mark on the touchscreen. If you want that little symbol to stop bothering you, you either need to open the inventory and click everything in one go, or open each note with everything you find. It’s not a major issue, but it definitely detracts from the focus. Secondly, the AI for solving a case feels weirdly off. After gathering all of the evidence necessary, the prompt to solve the case sometimes takes minutes to activate. Other times Pikachu is using the same prompt to get your attention over any little detail, regardless of significance. And third, why can I not save when I want? After cut-scenes or chapters the game will save, but any other time I simply have to close my 3DS and hope the battery lasts until I can charge it. Remember, each Chapter is at least an hour long – in some cases two. That’s a lot of progress to potentially lose, and not being able to save or even offer save points makes no sense. 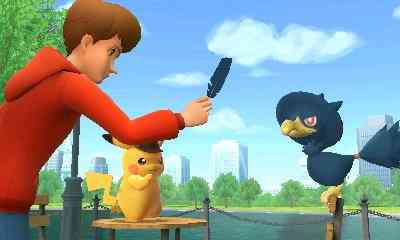 Detective Pikachu is a unique foray into another genre for the Pokemon franchise. This fresh title, coupled with an interesting overarching story, hooks you into a conspiracy that – at times – feels surprisingly mature for the otherwise lighthearted franchise. This blending of mature themes and kid-friendly gaming doesn’t always mesh well, as the tone will rapidly shift between the two and pull you out of the more compelling mystery. While investigating and solving puzzles is fun and can be quite lengthy, the lack of consequences for getting it wrong makes it feel more like an interactive story than a detective game. The audio – particularly Pikachu’s voice acting – is entertaining, and the chapters are of a considerable length, however, an easily overloaded message box to manage takes you out of the fun of solving a caper far too often. For kids and Pokemon fans, this game is sure to be a delight, but anyone wanting to get into the franchise should start with Sun and Moon. 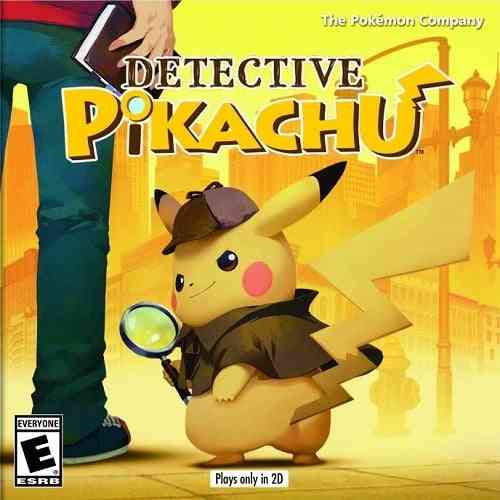 Eastward Video Review – A Calming, Comical Crusade
Next Sea of Thieves Review – Not Our Cup of Grog
Previous Titan Quest Review – Still Addictive After All These Years